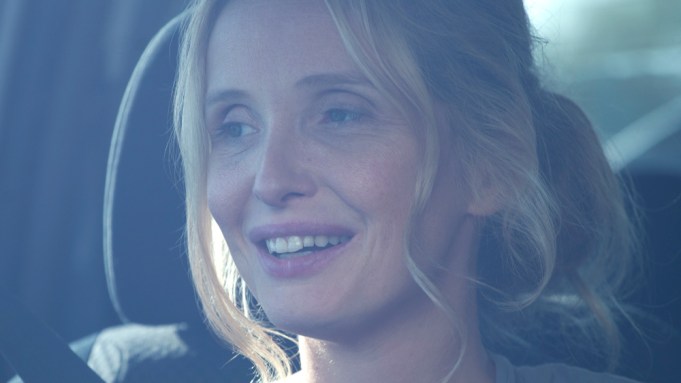 While “12 Years a Slave” and “American Hustle” (with seven noms each in the the 71st annual Golden Globes) had the most reason to celebrate, the biggest adrenaline rushes were for “Rush,” “Philomena,” “Mandela: The Long Walk to Freedom” and “Labor Day,” which scored more than expected. However, “Dallas Buyers Club” and “Saving Mr. Banks” must be feeling short-changed with two and one noms, respectively, while”Lee Daniels’ The Butler,” Lone Survivor” and “Fruitvale Station” were shut out completely.

But whether filmmakers are feeling confident or glum, they should remember that the Globes in this past decade have proven a fairly unreliable predictor of Oscar. However, they are invaluable as a promotional tool to the general public.

Runners-up in the noms were Paramount’s Alexander Payne film “Nebraska,” with five bids, and “Captain Phillips” and “Gravity,” with four apiece. Those top five scorers were also nommed for director. Landing three bids a piece were CBS Films’ “Inside Llewyn Davis,” the Weinstein Co.’s duo of “Mandela: Long Walk to Freedom” and “Philomena,” and Warner Bros.'”Her.” Sony led studios with 11, followed by TWC with nine; Searchlight and Par, eight apiece and WB, seven.

Nominations for motion picture drama are “12 Years a Slave,” “Captain Phillips,” “Gravity,” “Philomena” and “Rush.” In the comedy/musical were “American Hustle,” “Her,” “Inside Llewyn Davis,” “Nebraska” and “The Wolf of Wall Street.”

Due to rules of the Hollywood Foreign Press Assn., there are only three animated contenders: “The Croods,” “Despicable Me 2” and “Frozen.” However, Oscars will have five in that category. The HFPA does not consider foreign-language toons, which is why “The Wind Rises” is in the foreign-language category, rather than feature animation. The HFPA began the toon category with the films of 2007, and this is the first time that Pixar hasn’t made the cut, as “Monsters University” was AWOL.

It’s interesting that the HFPA, consisting of journalists writing for non-U.S. publications, chose five of the most high-profile foreign-language releases this year: “Blue is the Warmest Color,” “The Great Beauty,” “The Hunt,” “The Past” and the animated “The Wind Rises.”

While half of the nominations are devoted to TV (see separate story), the film side gets more attention, because of the Globes are part of the awards season culminating in the Academy Awards. But in general, the Globes’ wide range of nominees is confirmation of what we already knew: There are a lot of good films this year and no clear front-runner for Oscar.

Fox Searchlight’s “12 Years a Slave” and Warner Bros.’ “Gravity” continued their long trek toward Oscar, being touted as possible front-runners since early September. But several December openers are giving them a run for their money, including Sony’s “American Hustle,” as well as “Inside Llewyn Davis,” and Paramount’s “The Wolf of Wall Street,” which scored for comedy and lead Leonardo DiCaprio, but not for supporting Jonah Hill or director Martin Scorsese. And the Weinstein Co.’s “August: Osage County” earned bids for comedy lead Meryl Streep and supporting Julia Roberts, but not direction, script or best comedy film.

But “Osage,” “Dallas Buyers Club” and “The Butler” can take heart: On Wednesday, they received noms for the SAG Ensemble award (along with “Hustle” and “12 Years”) and last year four of the five ensemble contenders went on to an Oscar best-pic nomination.

With so many good films this year, there were few shock inclusions, but the Globes recognized some work that had generally been under appreciated this season, including comedy lead Greta Gerwig and Joaquin Phoenix, and supporting Sally Hawkins. Robert Redford bounced back with a nom for “All is Lost,” after being ignored in the SAG Awards noms of Wednesday. The Weinstein Co.’s “Philomena” seemed like a sure bet for actress Judi Dench, but its noms for best-pic and screenplay (by Steve Coogan and Jeff Pope) were bonuses. And when “Nebraska” bowed at Cannes, the buzz centered on Bruce Dern, but the Globes voters recognized it in other key categories as well, including comedy pic, director (Payne), script (Bob Nelson) and supporting actress (June Squibb).

Universal’s “Rush” made a big comeback. After its splashy Toronto launch, it was touted as an awards hottie, and its recognition for supporting actor Daniel Bruhl at SAG and Globes, and today’s drama-pic nom means it’s back in the race.

For years, the Globes touted themselves as an accurate gauge of the Academy Awards, and from 1995-2002, that was true: one of the two Globe winners (either drama or musical/comedy) went on to win the best picture Oscar 87% of the time.

But for 2003-2011, the percentage was only 33%. The change began when the Academy of Motion Picture Arts & Sciences moved the ceremony a month earlier. The Globes used to be held in the middle of Oscar balloting; however, for the past decade, the Globes have been held after Oscar voting has closed. Perhaps they had served as a reminder of what Oscar voters needed to see, and thus there was a correlation.

Last year was an example of the mixed message. Warner Bros.’ “Argo” won the Globe and then the top Oscar; seven of the 10 Globe pic nominees (drama and musical/comedy) proceeded to earn Oscar noms. But in the directors race, only two contenders went on to Oscar bids (Ang Lee, Steven Spielberg), and the Globes’ eventual winner Ben Affleck (“Argo”) was not even nominated for an Oscar, as the world no doubt recalls.

However, as the HFPA’s oracle powers have diminished, their self-sufficient powers have grown. Studio execs sometimes grumble about the Globes, but always support them. TV is a key factor. The HFPA says the show is seen by 250 million viewers in 160 countries. The ceremony is a great place to tout the nominated films as well as upcoming releases; as long as the Globes deliver the audience, the studios will deliver the stars.

Final balloting begins Dec. 23, with a Jan. 8 deadline. Awards will be handed out Jan. 12 at the BevHilton, with Tina Fey and Amy Poehler again hosting the telecast, which will be broadcast live on NBC.

BEST MINI-SERIES OR MOTION PICTURE MADE FOR TELEVISION
American Horror Story: Coven
Behind The Candelabra
Dancing on the Edge
Top of the Lake
White Queen

BEST PERFORMANCE BY AN ACTRESS IN A SUPPORTING ROLE IN A SERIES, MINI-SERIES OR MOTION PICTURE MADE FOR TELEVISION
Jacqueline Bisset, Dancing on the Edge
Janet McTeer, The White Queen
Hayden Panettiere , Nashville
Monica Potter, Parenthood
Sofia Vergara, Modern Family

BEST PERFORMANCE BY AN ACTOR IN A SERIES, MINI-SERIES OR MOTION PICTURE MADE FOR TELEVISION