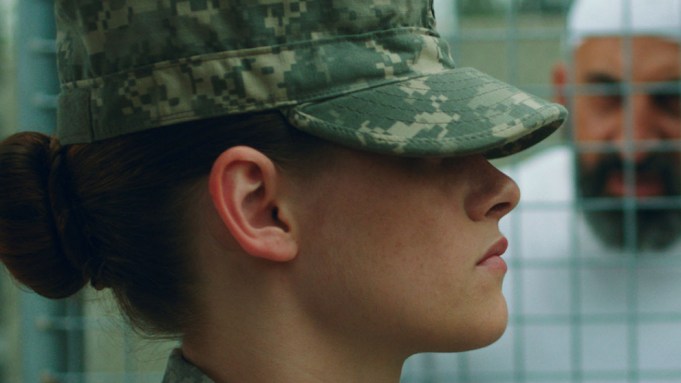 In some respects, the 30th annual Sundance Film Festival offers a snapshot of the ways in which the independent film scene has dramatically shifted over the past three decades, said fest director John Cooper, from an ever-widening talent pool to an increasingly sophisticated range of technologies available to filmmakers and distributors. In particular, the slate of 117 features (96 of them world premieres) set to unspool Jan. 16-26 in Park City, Utah, culled from a healthy 12,218 submissions, showcase the form at a new level of maturity — more diverse and welcoming to new filmmakers than ever, but also more exacting in terms of quality.

“Independent film in general has been absorbed and embraced as a vital part of the cultural landscape,” Cooper said. “It’s no longer an outsider sport. It really is part of an American art form.”

“I think the completeness of vision is different now from when I first started 20 years ago,” said director of programming Trevor Groth. “There were original ideas then, and there are original ideas now. … But it’s taken time for filmmakers to develop their skills and their full stories.”

Unveiling the 56 films in the festival’s dramatic and documentary competition slates, as well as the 11 titles in the low-budget Next lineup, Cooper and Groth noted the unusual number of films that play with and sometimes transcend the trappings of genre. Some of the American dramatic entries, like Jim Mickle’s “Cold in July” and Norwegian-born helmer Mona Fastvold’s “The Sleepwalker,” make use of intense thriller elements. Carter Smith’s “Jamie Marks Is Dead,” about a ghost with unfinished business, incorporates conventions that viewers will recognize from zombie movies. The World Cinema dramatic competition even includes a full-blown musical, “God Help the Girl,” directed by Belle and Sebastian frontman Stuart Murdoch.

One of the fest’s more unusual trends is the number of veteran actors in substantial roles, Cooper said, singling out Sam Shepard and Glenn Close for their performances in “Cold in July” and “Low Down,” respectively, as well as Susan Sarandon in “Ping Pong Summer.”

As usual, press and industry attention will focus heavily on the U.S. dramatic competition, which last year yielded such well-received titles as “Ain’t Them Bodies Saints,” “Concussion,” “Fruitvale Station,” “Kill Your Darlings,” “The Spectacular Now” and “Upstream Color,” many of which are now drawing awards buzz via the Independent Spirit Awards and the Gotham Awards. Two of the higher-profile entries in this year’s lineup are “God’s Pocket,” the feature directing debut of “Mad Men” thesp-helmer John Slattery, starring Philip Seymour Hoffman; and “Happy Christmas,” which stars Anna Kendrick and was directed by the ever-prolific Joe Swanberg (who made his Sundance debut with the 2011 Spotlight entry “Uncle Kent”).

On the nonfiction side, Cooper noted a curious strain of optimism in the characteristically issue-heavy documentary field. American doc entries like “E-Team,” Katy Chevigny and Ross Kauffman’s film about human-rights workers, and “Fed Up,” a look at child obesity and food-industry malpractice, are notable for their solution-oriented approaches.

The increasingly popular Next sidebar, devoted to low-budget, cutting-edge cinema, has steadily expanded since its first appearance at Sundance 2010. Among the 11 films set to screen (up from last year’s 10) are “Land Ho!,” an Iceland-set road movie directed by Aaron Katz (“Cold Weather”) and Martha Stephens; “Listen Up Philip,” the latest from “The Color Wheel” helmer Alex Ross Perry; and “War Story,” a drama starring Catherine Keener and Ben Kingsley from director Mark Jackson (whose debut, “Without,” played at Slamdance in 2011).

The Sundance Film Festival will announce its Spotlight, Park City at Midnight and New Frontier titles Thursday, along with a brand-new Sundance Kids slate devoted to children’s programming. The Premieres and Documentary Premieres lineups will be unveiled Monday.

The 16 films in this section are world premieres and, unless otherwise noted, are from the U.S.

“Cold in July” — Directed by Jim Mickle, written by Nick Damici. A small-town Texas man kills a home intruder, only to see his life violently unravel in Mickle’s follow-up to “We Are What We Are.” Cast: Michael C. Hall, Don Johnson, Sam Shepard, Vinessa Shaw, Nick Damici, Wyatt Russell.

“Happy Christmas” — Directed and written by Joe Swanberg. A young woman breaks up with her boyfriend and then moves in with her older brother, his wife, and their 2-year-old son. Cast: Anna Kendrick, Melanie Lynskey, Mark Webber, Lena Dunham, Swanberg.

“Hellion” — Directed and written by Kat Candler. A 13-year-old delinquent must get his act together, along with his emotionally absent dad, in order to bring back his little brother, who’s been taken away by child protective services. Cast: Aaron Paul, Juliette Lewis, Josh Wiggins, Deke Garner, Jonny Mars, Walt Roberts.

“Kumiko, the Treasure Hunter” — Directed by David Zellner, written by David and Nathan Zellner. A lonely Japanese woman abandons her structured life in Tokyo to seek a satchel of money rumoredly hidden in the Minnesota wilderness. Cast: Rinko Kikuchi.

“Song One” — Directed and written by Kate Barker-Froyland. When an accident leaves her brother comatose, a woman sets out to retrace his life as an aspiring musician, leading to an unexpected relationship against the backdrop of Brooklyn’s music scene. Cast: Anne Hathaway, Johnny Flynn, Mary Steenburgen, Ben Rosenfield.

“Whiplash” — Directed and written by Damien Chazelle. A talented young drummer pursues perfection at any cost in Chazelle’s follow-up to “Guy and Madeline on a Park Bench.” Cast: Miles Teller, J.K. Simmons.

The 16 films in this section are world premieres and, unless otherwise noted, are from the U.S.

“Alive Inside: A Story of Music & Memory” — Directed by Michael Rossato-Bennett. A man discovers that songs embedded deep in memory can ease the pain of Alzheimer’s disease and dementia.

“All the Beautiful Things” — Directed by John Harkrider. An account of a close friendship between two men, tested by betrayal when one of them is falsely accused of rape.

“Captivated — The Trials of Pamela Smart” (U.S.-U.K.) — Directed by Jeremiah Zagar. An examination of the media’s impact on Smart’s 1991 murder trial, which became one of the highest-profile criminal cases of all time.

“The Case Against 8” — Directed by Ben Cotner, Ryan White. A behind-the-scenes look at the unlikely team that took the first federal marriage equality lawsuit to the U.S. Supreme Court.

“Dinosaur 13” — Directed by Todd Miller. An up-close look at one of the greatest discoveries in history.

“Fed Up” — Directed by Stephanie Soechtig. An expose of the food industry’s 30-year campaign to mislead the American public, resulting in one of the worst health epidemics in history.

“The Internet’s Own Boy: The Story of Aaron Swartz” — Directed by Brian Knappenberger. Documents the life and accomplishments of programming prodigy and information activist Swartz before he took his life at the age of 26.

“Ivory Tower” — Directed by Andrew Rossi. An inquiry into whether college is worth it in an era of soaring tuition costs.

“Marmato” — Directed by Mark Grieco. A historic Colombian mining town becomes the center of a modern gold rush when a Canadian company seeks to excavate the $20 billion in gold beneath residents’ homes.

“No No: A Dockumentary” — Directed by Jeffrey Radice. A portrait of former baseball player Dock Ellis, who once pitched a no-hitter on LSD and subsequently spent decades counseling drug abusers.

“The Overnighters” — Directed by Jesse Moss. The story of a pastor seeking to help the desperate men who work in the North Dakota oil fields.

“Private Violence” — Directed by Cynthia Hill. An intimate portrait of domestic violence against women as told through two personal stories.

“Rich Hill” — Directed by Andrew Droz Palermo and Tracy Droz Tragos. An examination of challenges, hopes and dreams of the young residents of a rural American town.

“Watchers of the Sky” — Directed by Edet Belzberg. This documentary interweaves five stories of courage by humanitarians working to end genocide around the world.

The 12 films in this section are world premieres unless otherwise specified.

“Blind” (Norway-Netherlands) — Directed and written by Eskil Vogt. A woman who has recently lost her sight retreats into the safety and isolation of her apartment, alone with her husband and her thoughts. Cast: Ellen Dorrit Petersen, Henrik Rafaelsen, Vera Vitali, Marius Kolbenstvedt.

“God Help the Girl” (U.K.) — Directed and written by Stuart Murdoch. A musical about some messed-up boys and girls and the music they made. Cast: Emily Browning, Olly Alexander, Hannah Murray, Cora Bissett, Pierre Boulanger.

“Liar’s Dice” (India) — Directed and written by Geetu Mohandas. The story of a young woman who leaves her native land with her daughter to search for her missing husband, encountering a free-spirited army deserter along the way. Cast: Nawazuddin Siddiqui, Geetanjali Thapa, Manya Gupta. International premiere.

“Lock Charmer” (El cerrajero) (Argentina) — Directed and written by Natalia Smirnoff. A 33-year-old locksmith begins to have strange visions about his clients and decides to put this strange talent to use. Cast: Esteban Lamothe, Erica Rivas, Yosiria Huaripata.

“To Kill a Man” (Chile-France) — Directed and written by Alejandro Fernandez Almendras. A hard-working family man gets mugged by a neighborhood delinquent, setting off a chain of violence and retribution. Cast: Daniel Candia, Daniel Antivilo, Alejandro Yanez, Ariel Mateluna.

“Viktoria” (Bulgaria-Romania) — Directed and written by Maya Vitkova. In communist Bulgaria, a woman gives birth to a daughter who, despite being born with no umbilical cord, is hailed as the baby of the decade. Cast: Irmena Chichikova, Daria Vitkova, Kalina Vitkova, Mariana Krumova, Dimo Dimov, Georgi Spassov.

The 12 films in this section are world premieres unless otherwise specified.

“20,000 Days on Earth” (U.K.) — Directed by Iain Forsyth and Jane Pollard. A docu-drama hybrid and examination of the artistic process that imagines 24 hours in the life of Nick Cave.

“The Green Prince” (Germany-Israel-U.K.) — Directed by Nadav Schirman. An account of one of Israel’s prized intelligence sources, who was recruited to spy on his own people for more than a decade.

“Happiness” (France-Finland) — Directed by Thomas Balmes. A portrait of social change as seen through the eyes of an 8-year-old Bhutanese monk whose village is about to be connected to electricity. North American premiere.

“Love Child” (South Korea-U.S.) — Directed by Valerie Veatch. Covers the 2010 trial of a young South Korean couple accused of neglect when their addiction to an online fantasy game resulted in the death of their infant daughter.

“Mr. Leos Carax” (France) — Directed by Tessa Louise-Salome. A portrait of the maverick director behind such films as “Holy Motors,” “The Lovers on the Bridge” and “Pola X.”

“The Return to Homs” (Syria-Germany) — Directed by Talal Derki. A portrait of young revolutionaries fighting for justice in the titular Syrian city.  North American premiere.

“Sepideh — Reaching for the Stars” (Denmark) — Directed by Berit Madsen. A young Iranian woman challenges traditions and expectations with her dream of becoming an astronaut. North American premiere.

“We Come as Friends” (France-Austria) — Directed by Hubert Sauper. A look at colonization a human phenomenon from the director of “Darwin’s Nightmare.”

“Web Junkie” (Israel) — Directed by Shosh Shlam and Hilla Medalia. A look at a Beijing rehab center where Internet-addicted Chinese teenagers are deprogrammed.

The 11 films in this section are world premieres.