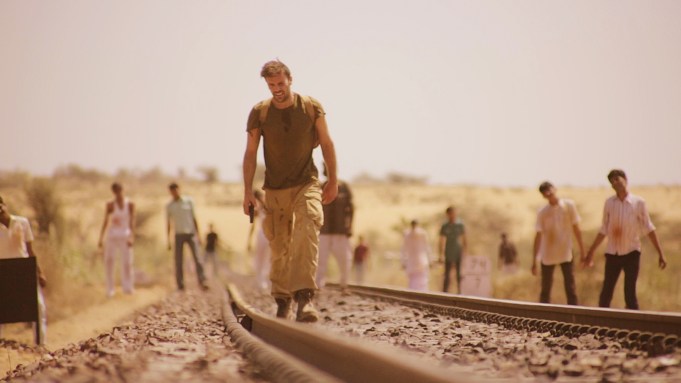 “The Dead 2: India” is helmed by brothers Howard and Jon Ford, the British director, writer and producer team behind the African-set zombie road movie “The Dead,” which launched at FrightFest in 2010.

The new film, which claims to be the first-ever international production of a zombie film to be shot in India, follows the story of India-based American engineer Nicholas Burton (played by Joseph Millson) in a race against time to reach his pregnant girlfriend, played by Meenu. Burton enlists the help of an orphan street kid Javed (Anand Goyal), and together they make a perilous 300-mile journey across deadly landscapes as a zombie apocalypse threatens to engulf the nation.

“Big Bad Wolves” is a fairytale suspenser that follows the lives of three men on a collision course: the father of a murder victim out for revenge, a vigilante police detective operating outside the law, and the main suspect in the killings — a religious studies teacher arrested and released due to a police blunder.

Fest co-director Alan Jones said that Keshales and Papushado’s “Rabies” in 2011 became the only movie in the fest’s 14-year history to warrant successive extra screenings based on overwhelming demand.

The directors and some cast members of both pics will be attending the festival.

“Both ‘The Dead 2: India’ and ‘Big Bad Wolves’ represent everything FrightFest is about: the discovery, nurturing and celebration of vital new voices in the genre,” Jones said.

FrightFest, the U.K.’s biggest genre film festival, runs Aug. 22-26 in London. The full lineup will be announced on June 28.