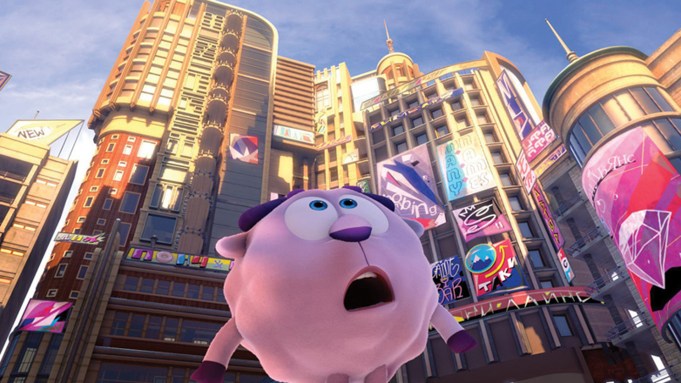 Russia’s Riki Productions presented its latest stereoscopic 3D toon feature project, “Kikoriki: Legend of the Golden Dragon,” one of the most ambitious toon features currently coming out of Russia, to potential international partners at the Annecy Animated Film Festival this week, and unveiled further details of the project.

The family adventure comedy pic, which is directed by Denis Chernov, and is penned by Chernov and Dmitriy Yakovenko, will be budgeted in the $7.5 million to $8 million range, high by Russian standards. Delivery is set for autumn 2015. Ilya Popov and Anatoliy Prokhorov are the producers. The pic is being produced by Petersburg Computer Animation Studio.

Nadezhda Kuznetsova, head of production at Petersburg Animation Studio, and the studio’s technical director Oleg Muranov were in Annecy to introduce the project.

The Riki Group is funding the project itself, although it is likely to receive up to 10% in state funding. Presales will start once Riki has footage to show to broadcasters and distributors at the beginning of next year.

“This is an investment in the future of the property. It is a large investment, but one that we are able to make,” Kuznetsova said.

Petersburg is using Pixar’s RenderMan Pro Server 17 and Mantra as part of the production process.

Some scenes are already locked, including the opening sequence: In this the lead characters are running from a volcano, through a jungle, and reach a castle before the lava reaches them. It then cuts to the same characters playing a videogame, in which they are the heroes. This references the fact that these characters are well-known in Russia and across Eastern and Central Europe.

The pic is part of a major animation franchise in the region, comprising a hit TV series for 4 to 8 year olds, and a spinoff stereoscopic 3D movie, “Kikoriki: Team Invisible.”

The series and movies center on a group of animals — a rabbit, a pig, a ram, a hedgehog, and so on — each with distinctive character traits.

The series has been licensed across Eastern and Central Europe as well as in Germany and China. Nickelodeon picked up the series across Central Europe.

The series celebrated its 10th anniversary in May, and the Riki Group even received a happy birthday message from Russia’s President Vladimir Putin.

John Hopewell contributed to this story.