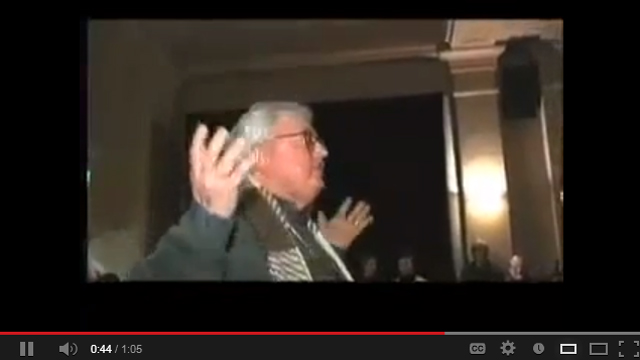 But like many films at the festival, it drew some jeers as well as cheers. One famous jeer-and-cheer exchange involved the late, great film critic Roger Ebert.

After the film’s third screening, an audience member stood up, praised Lin & Co.’s filmmaking, but asked, “Why, with the talent up there … would you make a film so empty and amoral for Asian-Americans. . .” and asked the filmmakers why they don’t “really look inside and see what matters to you and the writers.”

Oh no he didn’t! Those remarks ignited a heated discussion between the filmmakers onstage and others in the audience — until Ebert rose to deliver what become a legendary smackdown:

“What I find very offensive and condescending about your statement is nobody would say to a bunch of white filmmakers, ‘How could you do this to your people?’. . .Asian-American characters have the right to be whoever they hell they want to be. They don’t have to represent ‘their people!’” Ebert shouted over swelling cheers from the crowd.

Ebert’s review — he gave it four stars — showed his understanding of what Lin was trying to achieve: “’Better Luck Tomorrow’ is a coming-of-age film for Asian-Americans in American cinema. Like African-American films that take race for granted and get on with the characters and the story, Lin is making a movie where race is not the point but simply the given. … Lin, who directed, co-wrote and co-produced, here reveals himself as a skilled and sure director, a rising star. … His film is uncompromising and doesn’t chicken out with a U-turn ending.”

The clip still endures on YouTube and many indie film websites. A champion of Asian-American cinema, Ebert emerged as a bigger hero to this filmmaking community.