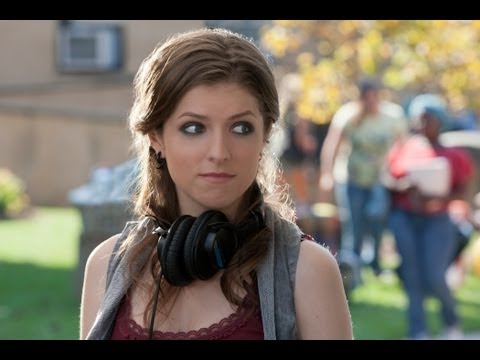 Conventional wisdom nowadays is that movie soundtrack albums do not sell. Labels count themselves lucky if they manage to move a few thousand copies of each.

Yet, within the past few weeks, the soundtrack for “Les Miserables” topped the album chart, with “Pitch Perfect” ascending all the way to No. 3. Each has sold more than 400,000 copies to date. No pair of film soundtracks has done that well since 2003, when “Chicago” and “8 Mile” albums were in the marketplace.

Universal execs are beaming, because both “Les Mis” and “Pitch Perfect” are Universal pics, and they hope this bodes well for both musical films and their companion albums.

“To sell soundtracks these days, you have to go beyond the ‘souvenir of a movie’ idea,” said Mike Knobloch, president of film music and publishing for Universal Pictures. “With both ‘Les Miserables’ and ‘Pitch Perfect,’ which are very different soundtracks, we did a lot to make that material work as an audio-only experience.”

After the success of “Les Mis” ($145 million domestic and counting), and the 30-year stage-musical history that preceded it, a similar success on CD might have been predicted (although Republic, the Universal Music Group-owned label that released it, hedged its bets by issuing a single 65-minute CD, not the entire score).

What has surprised observers is the ongoing success of the music from “Pitch Perfect,” a musical comedy about an all-girl college a capella group. It was a $17 million film that did a respectable $65 million at the box office last fall.

Yet the album has gone on to become the top-selling soundtrack for the past 12 months — hitting its peak several months after the film had left theaters — and, so far, the eighth biggest soundtrack of the past four years, according to a rep for Universal Music Enterprises (UME), the label that released it.

Unlike “Les Mis,” where the much-talked-about film concept — actors singing live on the set, orchestral tracks built around those vocals later — was carried over to the album, “Pitch Perfect” needed work to make it into a viable soundtrack album.

“There was a kind of raw, loose aesthetic,” Knobloch said. “A lot of the singing was recorded on set, some was done in studio as pre-records, then polished up in post-production. To make it a satisfying experience in the audio-only realm, we brought in the Underdogs as producers, to preserve the integrity of the songs but make it sound more album-like.”

Still, when Knobloch offered the soundtrack to all the major labels, there were no takers. Only UME, which generally focuses on catalog material, was interested. “We saw a record that we thought would connect,” said UME president Bruce Resnikoff, who last summer, watching trailers in a movie theater, “noticed something going on: girls in that 12-to-20 age group seemed to be paying attention. There was an emotional connection.”

“People are talking about ‘Pitch Perfect’ like it’s this generation’s ‘Grease’ or ‘The Breakfast Club,'” Knobloch said. “The music is joyful and fun, and the songs can stand alone, separate from the film.” Knobloch hopes the success of these films and soundtracks will enhance the studio’s rep as “music-friendly.”

With UME sister company Republic helping with promotion and marketing, there is now a “special edition” with four bonus tracks, and this week they are shipping an expanded, radio-friendly version of “Pitch Perfect” star Anna Kendrick’s catchy “Cups” song. Knobloch said they are “actively working on the possibility” of a followup album.

Meanwhile, said David Joseph, chairman and CEO of Universal Music UK, an expanded “Les Miserables” soundtrack containing an extra 50 minutes of music will be released in mid-March. “I think it shows that when filmmakers respect and think about the music, then the basic principles of the soundtrack business will never change,” he added.