James Gandolfini: A Rich Bigscreen Career in the Shadow of Tony Soprano

James Gandolfini will forever be defined by Tony Soprano, a fact that scarcely diminished his work on the bigscreen and stage. 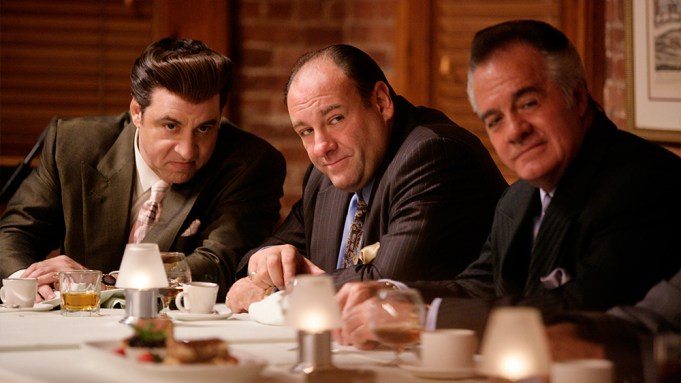 It’s no knock on James Gandolfini to note that this remarkable and galvanizing actor was not exactly a chameleon. He was and will forever be defined by Tony Soprano, to the point where it became almost impossible to see the actor on the bigscreen and to not discern some glimmer — some hulking, menacing glimmer — of that iconic New Jersey mobster. For reasons less of physical heft than of cultural stature, Tony Soprano cast an immense shadow, a fact that Gandolfini seemed acutely aware of and used, at times, to his and the audience’s advantage.

Without ever stooping to wink at the viewer, Gandolfini had a way of signaling precisely what you were in for when he turned up onscreen. Like an unusually rough-edged quality seal, his mere appearance in a supporting or throwaway role let you know that, for the duration of his performance, you were in for a good time, or at least a few caustically tossed-off lines. Sometimes that was all he needed. One of my favorite of his performances was in the Coen brothers’ “The Man Who Wasn’t There”; he not only melded perfectly into those velvety ’50s-noir shadows but managed, in his relatively brief turn as a crude, unsympathetic department-store owner named “Big Dave” Brewster, to strike notes of unrestrained pathos almost too shocking for the film to withstand.

That year (2001) also saw the release of the Brad Pitt-Julia Roberts vehicle “The Mexican,” in which Gandolfini, two years into his career-defining success with “The Sopranos,” handily upstaged his higher-billed co-stars in the role of a gay hitman with an obsessive-romantic streak. But in almost every other role, the actor seemed possessed of essentially the same gruff, world-weary temperament — that of a man steeped in cynicism, at ease with violence and prone to ferocious fits of temper, yet whose thick Joisey accent and gravel-edged voice could just as easily slip into an unexpectedly warm, even tender register.

Gandolfini played shlubby but imposing working stiffs who had generally seen better days: politicians (“All the King’s Men,” “The Taking of Pelham 1 2 3”), military/government heavies (“In the Loop,” “Zero Dark Thirty”), detectives (“Lonely Hearts”) and, well before “The Sopranos,” more than his fair share of crooks (“True Romance,” “Get Shorty,” “The Mexican”). It almost didn’t matter which side of the law he was operating on; cops or crooks, his characters always seemed to be trudging their way through the same irredeemably rotten system.

One of his best recent performances, in the underappreciated “Killing Them Softly,” embodied this stance perfectly; as a hitman truly gone to seed, his killer instincts completely dulled by an excess of boozing and screwing, Gandolfini easily walked away, or perhaps drunkenly shuffled away, with the whole movie. Last year was, indeed, an outstanding year for the actor; he was pitch-perfect as a disapproving ’60s dad in “Not Fade Away,” his reunion with “Sopranos” creator David Chase, and he channeled former CIA director Leon Panetta with memorable toughness in “Zero Dark Thirty.” (Gandolfini sent Panetta a personal note apologizing for, among other things, the unflattering wig he wore in the film. Panetta, for his part, commended the actor’s performance and noted, “Thank God it was an Italian.”) With Gandolfini’s last few films still awaiting release, this year promises to be similarly special; in particular I can’t wait to see what Nicole Holofcener does with him.

I count myself especially fortunate for having had the chance to see Gandolfini onstage, in the 2011 Los Angeles run of “God of Carnage.” It was an unimprovable piece of casting; so fully did the actor disappear into the role of this coarse, chronically henpecked husband and father that it left me even less receptive than I would have been to John C. Reilly’s more clownish take on the part in Roman Polanski’s film adaptation. As his wife (played by an equally superb Marcia Gay Harden) pushed him a bit closer to the edge with every casual putdown, drawing out his rage in tense little increments until an explosive point of no return, Gandolfini was simply mesmerizing, never more angry and alert and alive. That these spats couldn’t help but inspire flashbacks to Tony quarreling with Carmela somehow didn’t diminish the experience so much as deepen it, summoning memories, then as now, from this rich and singular career.