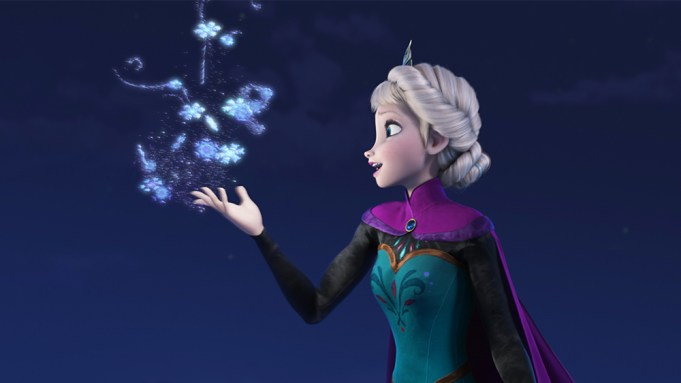 “Catching Fire” and “Frozen” are poised to battle for wide auds over the Thanksgiving long weekend, though “Catching Fire” looks to win the tourney with north of $85 million Wednesday-Sunday.

Lionsgate’s B.O. behemoth, which launched last weekend with the sixth-highest domestic bow ever, at $158 million has grossed $170 million domestically through Monday.

While “Catching Fire” and “Frozen” will slug it out at the top, several other films either bow or expand nationwide, including Fox Searchlight’s holiday musical “Black Nativity” and Fox’s family drama “The Book Thief,” which so far has earned $1.4 million in limited release. Both films are expected to gross in the high-single digits through Sunday.

Thanksgiving itself usually is not a huge moviegoing day, though observers anticipate “Frozen” will gross more than 11% of its five-day gross on Thursday, which is consistent with how “Tangled” performed over the long holiday in 2011.

Disney has long dominated the Thanksgiving weekend, occupying the holiday’s top three five-day openings, including “Tangled” at No. 2, with $68.7 million. “Frozen” currently is outselling “Tangled” in advanced ticket sales, according to Fandango.

Last weekend, Disney kickstarted “Frozen” for an exclusive single-screen engagement at the El Capitan theater in Hollywood, where it grossed $243,390 — the seventh-largest domestic opening per-screen average ever.

Disney Animation has been on a roll after “Wreck-It Ralph” became a hit last year at the box office, while “Tangled” scored the year before.

“Frozen,” which features the voices of Kristen Bell, Idina Menzel, Jonathan Groff and Josh Gad, as well as original songs from “Book of Mormon” team Robert and Kristen Lopez, looks to have a firm grip on the family market until Dec. 20, when “Walking With Dinosaurs” opens.

The weekend hold for “Catching Fire” is projected to be strong given its ‘A’ CinemaScore rating and broad fanbase. Last year, for instance, Lionsgate-Summit’s “Twilight” finale, “Breaking Dawn — Part 2,” fell 69% in three days. “Catching Fire” should see a much better hold in the high-50, low-60 percentile range.