'Stalingrad,' which has grossed $67 million so far, is the most successful Russian film of all time 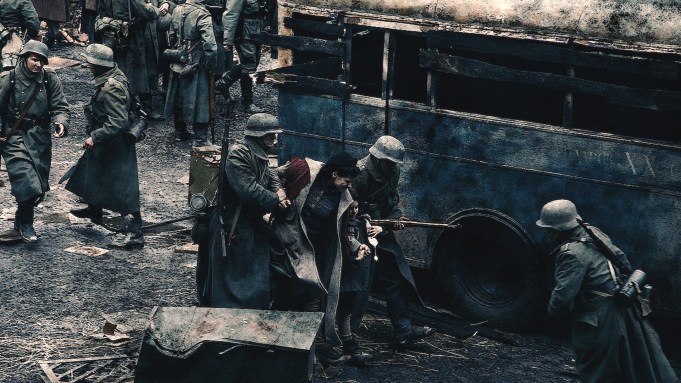 BERLIN — Alexander Rodnyansky, one of the lead producers of Fedor Bondarchuk‘s record-breaking movie “Stalingrad,”  is ramping up his slate of Russian projects.

3D World War II actioner “Stalingrad,” which is distribbed worldwide by Sony, has grossed $66.8 million so far, making it the most successful Russian film ever, and it is yet to open in many major territories, including the U.S. and Germany. In China, it has taken $11.1 million, while at home in Russia the tally is $52 million.

The success of “Stalingrad” has reinforced his confidence in the ability of Russian movies to be popular with mainstream audiences around the world.

“I believe that there is a definite potential for Russian stories to cross borders and engage audiences worldwide,” he tells Variety. ” ‘Stalingrad,’ among other things, is a great example of a Russian film with high production values, and it means that visually we can make films that can be well received in other countries, and everything else is a question of the right story with the right elements. I am confident that ‘Stalingrad’ will be the first of many Russian films to break through.”

Buoyed by the success of “Stalingrad,” Rodnyansky is boosting his slate of Russian films. “We actually have about six projects in development right now, and we are constantly searching for more,” he says.

“Stalingrad” had a production budget of $30 million, which is high by Russian standards, but Rodnyansky is comfortable with producing more pics around that budget level, but won’t go much higher.

“I would say that $30 million-$40 million is a budget range that is currently optimal for production. I don’t think that the market can support anything significantly bigger at the moment,” he says.

Despite the success of “Stalingrad,” Rodnyansky has no plans to produce another Bondarchuk film set in World War II, and a sequel is out of the question, because of how the first film ends.

“I don’t think that right now either me or Fedor would want to undergo again the grueling process of working on a World War II film,” he says. “There are other interesting stories that we plan to pursue. Actually right now we have a film in pre-production: Based on true events, it is a contemporary film about the story behind the creation of VKontakte – the most popular Russian social network. Fedor will direct and I will produce.”

“Stalingrad” is Russia’s entry for the foreign-language Oscar, and Rodnyansky believes it has a “fighting chance” to secure a nomination. “We have a fighting chance and we have an amazing team of people working on our Oscar campaign, as well as our Golden Globe campaign,” he says. “And from what I have seen (I have attended one of the screenings with Fedor) the reception of the film is very positive and enthusiastic.”

The box office success in China for “Stalingrad” came as a surprise to some, but Rodnyansky sees the healthy returns as a product of a successful marketing campaign, and the quality of the filmmaking. He also points to similarities in the moviegoing tastes of Russian and Chinese audiences.

“First of all, of course, we attribute the successful opening weekend to the amazing efforts of Sony China and IMAX. They have mounted a great campaign in a very short period of time,” he says.

“But I also believe that when we speak about Chinese audience, they are much more similar in their tastes for foreign films to the Russian audience. If you look at the box office results for the past few years you would notice that there is an easily recognizable correlation: if a Hollywood film was successful in Russia, it would be successful in China, if it flopped in Russia chances are it would not do well in China either.

“Another important aspect is that the Chinese TV audience is very familiar with Russian and Soviet War films and this particular genre is quite popular.”