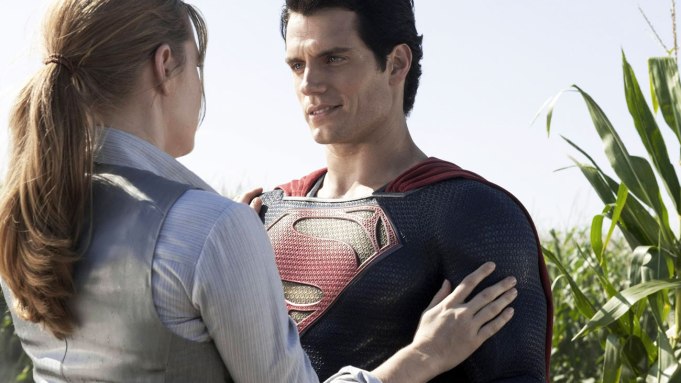 It’s no surprise that “Man of Steel” saw a sizable Father’s Day boost. After all, Superman had two dads.

Weekend grosses for the Warner Bros.-Legendary Pictures blockbuster, at $116.7 million, came in 3% higher than previously estimated ($113.1 million). Warners had projected “Man of Steel” would make $32.7 million on Sunday alone. Instead, the film grossed $36.3 million, lifting the pic’s Stateside tally to $128.7 million, including late-night Thursday grosses.

Warners bowed “Man of Steel” in 24 overseas territories, from which it collected a revised $73.3 million, for a global tally just beyond $200 million.

The Father’s Day boost adds to the pic’s already commanding market share, at around 60%. That is an impressive contribution since overall totals came in more than 50% higher than this time last year.

Sony’s R-rated comedy “This Is the End” also bowed this weekend, earning an estimated $33 million in five days. Likewise, “This Is the End” saw strong Father’s Day figures, at $6.2 million, in line with Sunday’s estimates.