Is ‘Pacific Rim’ Doomed to Be This Year’s ‘Battleship’? 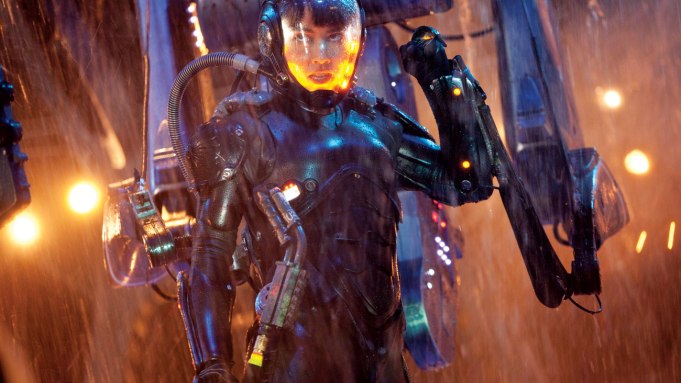 With less than two weeks to go, but approximately 70% of the film’s marketing budget yet to be spent, early tracking suggests “Pacific Rim” is more likely to become the latter — a troubling outcome given the film’s $180 million budget, according to Warner. (Some industry insiders say the budget is closer to $200 million.) Regardless, Warner is responsible for only 25% of the film’s production cost, with Legendary Pictures having funded the rest.

Tracking for the film could pop as early as tomorrow and build through next week as Warner continues to spend more of its marketing budget. “I think we were a bit off base, but I think we have a real shot at turning the ship around,” said Warner domestic distribution prexy Dan Fellman.

Like “Battleship,” which cost $220 million and grossed just north of $300 million worldwide, “Pacific Rim” stars a mostly lower-tiered cast including Idris Elba and Charlie Hunnam, who are fighting against an effects-heavy alien invasion.

The Warner-Legendary film also will rely heavily on overseas markets. The studio has catered to individual territories in its marketing campaign with country-specific designs. “Pacific Rim” screened at CineEurope earlier this week in Barcelona, where it received positive reactions from exhibitors.

As for Emmerich’s “White House Down,” which Sony is releasing at approximately 3,000-plus domestic locations this weekend, tracking suggests the film will open in the mid-$30 millions Stateside, comparable to Fox’s “The Heat,” which also opens nationwide Friday.