Box Office: ‘Wolverine’ Should End Flop Streak With One of Summer’s Best Openings 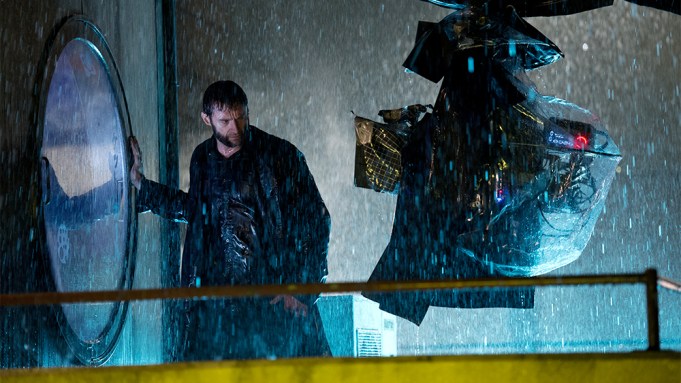 Cauterizing Hollywood’s streak of big-budget bleeding at the box office, Fox’s “The Wolverine” should score one of the best three-day openings this summer, tracking between $75 million and $80 million through Sunday.

If the film lands at the high end of tracking, the latest installment from Marvel’s “X-Men” franchise — which doesn’t use the “X-Men” name anywhere — would rival some of the best openings from the property’s previous pics, though some observers are more cautious, citing expectations in the $60 million-$65 million range.

Either way, “Wolverine,” which cost just under $120 million to produce, will be a welcome shift from the recent misfire mania that included “White House Down,” “The Lone Ranger,” “Pacific Rim” and “R.I.P.D.” last weekend. Fox pic launches launches Friday at 3,924 theaters.

The most notable difference with “Wolverine” is its globally bankable franchise origins, as well as the reliability of star Hugh Jackman as the metal-clawed mutant. The character’s last bigscreen outing, 2009’s “X-Men Origins: Wolverine,” earned $85 million during its opening weekend and cumed almost $180 million domestically, despite generally bad buzz.

As the only nationwide wide release domestically, “Wolverine” also benefits from one of the first less-crowded weekends in a jam-packed summer. This fact bodes well for the weekend’s holdovers, as well.

Other holdovers that should continue to hold well include Universal’s “Despicable Me 2,” which will cross $300 million Stateside this weekend, and Sony’s “Grown Ups 2,” poised to hit nine figures through Sunday.

For “Wolverine,” a $70 million-plus domestic opening would put it higher than “Star Trek Into Darkness’s” debut gross, rivaling the low-$80 million three-day openings of “Monsters University” and “Despicable Me 2.”

“The Wolverine,” which is directed by James Mangold (“Walk the Line”), relocates Jackman’s clawed immortal to Japan where he faces a deadly battle. Pic has a mostly international supporting cast, including Rila Fukushima, Hiroyuki Sanada and Svetlana Khodchenkova.

The weekend is more crowded with aggressive specialty releases, with CBS Films’ R-rated laffer “The To-Do List” launching at 591 engagements. Aubrey Plaza stars in the raunchy laffer about a young woman’s feverish quest to lose her virginity.

Fox Searchlight and the Weinstein Co. also expand “The Way Way Back” and “Fruitvale Station,” broadening to 886 and 1,064 locations, respectively.