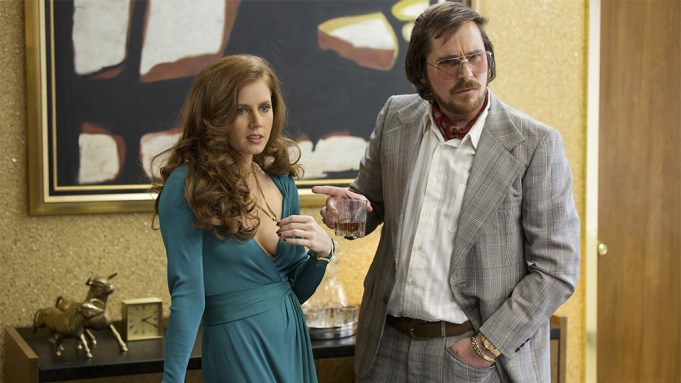 True stories have always attracted the attention of Hollywood, but perhaps no year in recent memory has seen so many prominent actors playing real people. From Matthew McConaughey’s turn as Ron Woodroof in “Dallas Buyers Club” to Leonardo DiCaprio bringing stockbroker Jordan Belfort to life in “The Wolf of Wall Street,” the season is filled with biopics and true stories. Tom Hanks even pulls double duty in two big awards pics — he’s the titular “Captain Phillips” in Paul Greengrass’ drama and plays none other than Walt Disney himself in “Saving Mr. Banks.”

Also portraying two real individuals is Daniel Bruhl, whose performance as Formula One racer Niki Lauda in “Rush” opened mere weeks before his turn in “The Fifth Estate” as former WikiLeaks spokesman Daniel Domscheit-Berg. In both cases, Bruhl had access to the men he was playing, which his co-stars — Chris Hemsworth and Benedict Cumberbatch, respectively — did not. “I think I might have had an easier time because it’s always good if you can sit down with the person. You can get information you wouldn’t get otherwise,” notes Bruhl. Still, Bruhl admits to being nervous to meet the infamously prickly Lauda. “He could have told me he hated the idea of me playing him. He could have called me an idiot. I was fortunate that didn’t happen.”

Mark Wahlberg had similiar feelings in portraying Navy SEAL Marcus Luttrell in “Lone Survivor,” based upon Luttrell’s book. Having recently played boxer Micky Ward in “The Fighter,” Wahlberg is no stranger to having his real-life counterpart around. “It was a hard movie to make with Marcus there,” Wahlberg admitted to a recent Q&A audience. “I never felt more pressure playing someone, but I’ve never felt more pride.”

In some cases, the actor is unable to meet their counterpart, even though they’re still living. Such was the case with Barkhad Abdi, the charismatic first-time actor earning buzz for his turn as Somali pirate Abdiwali Abdiqadir Muse in “Captain Phillips.” The real Muse is in a federal prison for his crimes, but it remained important to Abdi to create a fully three-dimensional character, not a cardboard villain.

“I was born in Somalia and lucky enough to get out when I was 7,” Abdi says. “But I thought a lot about how I could have been in the same situation, where you feel you have no choice but to take certain actions.”

Chiwetel Ejiofor says he also felt “a special responsibility” in playing Solomon Northup, a free man sold into slavery in “12 Years a Slave,” based on his memoir. “You just want to get it right because he went through this extraordinary struggle and you know you can never communicate the whole thing, but you want to provide a possible insight into what it might have been like,” Ejiofor says.

Bradley Whitford, who stars opposite Hanks and Emma Thompson as author P.L. Travers in “Banks,” playing “Mary Poppins” screenwriter Don DaGradi, says he was well aware he was playing a real human being with a family, and “nobody wants to do a hatchet job on somebody’s grandfather.” However, he also benefitted in that “nobody knows what my guy looks like.” He adds that no attempt was made to resemble DaGradi, unlike his co-stars. “If you’re playing Walt Disney, he’s obviously a recognizable person and you want to physically resemble that person without doing a dead imitation of them. Which Tom did brilliantly.”

But what about when the person you’re portraying is a cultural icon, such as Ralph Fiennes’ work as a philandering Charles Dickens in “The Invisible Woman”? Fiennes, who also directed the film, is no stranger to playing real people, having earned an Oscar nod for his work as Amon Goeth in “Schindler’s List” and played Charles Van Doren in “Quiz Show.” Fiennes strove for a physical likeness, noting, “All those things are part of him: his choice in clothes, how he combed his hair, the goatee beard. It’s all useful.”

At the same time, he says he wasn’t intimidated by stepping into the shoes of someone so well-known. “In many ways, I enjoyed the challenge of confronting what was possibly a less appealing aspect of his life. I wasn’t doing a hatchet job, but the job is to show human beings, and not be overly protective.”

Whitford, whose experience playing real people is limited to his portrayal of Betty Ford’s son Jack in a TV movie and William Jennings Bryan in an episode of Comedy Central’s “Drunk History” —“I dug deep for that role,” he jokes — echoes this philosophy on all his characters. “I try to play them as if they’re all real,” he says. “Which is strange, as I don’t even play a real person in life.”