Sandra Bullock On the Emotional Rollercoaster of Filming ‘Gravity’ (VIDEO)

"I (had) never been hit with a depression like that," star says of sci-fi production 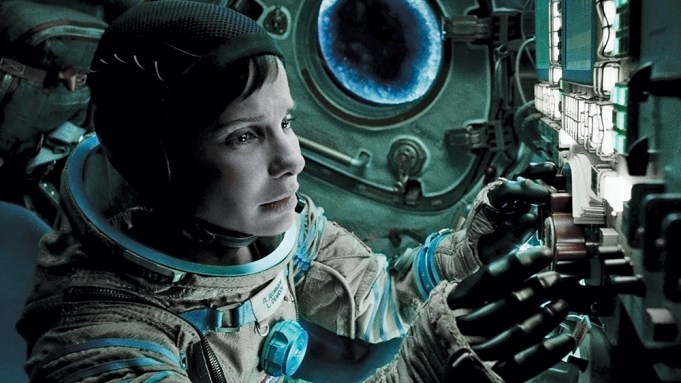 Sandra Bullock is clearly proud of “Gravity,” which bows Oct. 4, but the experience of making the film was filled with frustration and anger, as well as beauty and fun.

“The Script read more like a book, which worried me,” she told Variety, frustrated by at the challenges that she knew were going to be unique. “But reading the script was beautiful. That’s what scared me. I didn’t know how they were going to pull it off.”

As the clips show, they pulled it off.

Since her character is alone for much of the film, she was asked if she missed interaction with other actors. “Every single day. When George (Clooney) came, it was like an energy force and I was so appreciative of him being there. And when he left, I have never been hit with a depression like that. We had so much fun for three weeks, but then my friend left. I was amazed at how I was affected by him going.”

Bullock adds that “every day I was pushed against a wall with technology” and the character, stranded in space, has a range of breathing rhythms.

She nodded, “Breathing was our third character,” as it expressed the character’s life or death struggles. She and director Alfonso Cuaron worked with a doctor, who gave them tips about what happens to a person’s breath, eyes, skin and other body parts in such stress.