For sound design, it’s crucial whether the aud will be inside the character’s head, or outside 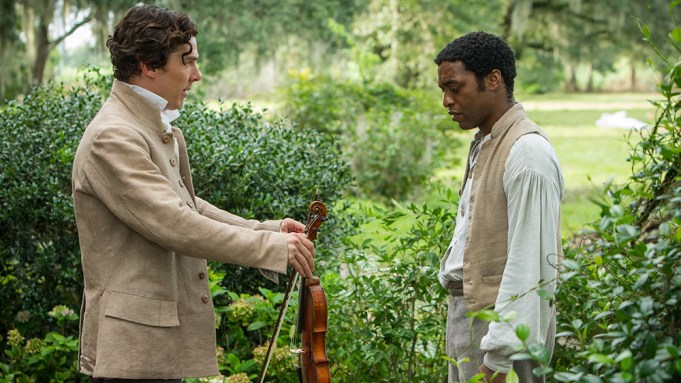 Sound pros are always hunting for noises or techniques that can rip moviegoers from their seats straight into the action of a film.

Most soundscapes are after the same end: immersion. Yet there is more than one way to immerse an audience in a film.

Some films use “subjective” sound to put the audience inside the action, immediately into the experience of a character. You hear what they hear, as they would hear it. It’s the noise made by a bullet screaming past you or hitting your gear with a thud. Others use “objective” sound, which puts the audience outside the action looking and listening in. It’s the wild car jump in front of you that lands with a bouncy thud as you watch the vehicle somehow drive on.

As supervising sound editor for “Lone Survivor,” Wylie Stateman realized early on that this personal war story, in which four Navy SEALs are sent on a mission in Afghanistan that quickly unravels, would become even more real if the audience got as close to the action as possible.

“We found ways to record sounds by putting mics in people’s backpacks or clothing so you would hear explosions and bullets going by as though you were with these guys as they were being attacked,” Stateman says. “It’s an entirely raw and intense way to get sound because there’s nothing separating the audience from the action.”

Stateman is not the only one who literally put the audience in the shoes (or at least the helmets and gear) of the characters. Glenn Freemantle, supervising sound editor for “Gravity,” was able to record sounds made by actual NASA space gear and created noises that sounded like they came from inside Sandra Bullock’s uniform.

For Freemantle, sounds had to be chosen carefully since there is no sound in space. He relied on Bullock to create the raw sounds he needed and went from there.

“In a way you experience everything through (Bullock) so we wanted the audience to hear her heart beat and breathing from inside her environment,” says Freemantle. “When the breathing becomes elevated and the heart beat speeds up, you know she is terrified and your own breathing might be come elevated, too, because we unconsciously try to match the breathing rhythm of those around us.”

While the subjective approach used in “Gravity” and “Lone Survivor” fit these personal stories, Andrew DeCristofaro, co-supervising sound editor on “Iron Man 3,” let the audience take in the spectacle mostly from the outside, not the inside.

“In these kinds of films it’s so easy to put sound everywhere but it actually makes the big moments bigger to have specific, clear sounds for things like metal suits and crashes into concrete,” DeCristofaro says.

“You’re letting the audience hear and feel these things from a perfect vantage point,” he adds.

Peter Brown, supervising sound editor for “Fast & Furious 6,” focused on giving the audience the best spectator seat in the house as well.

Brown is the first to admit fans of the film and the series are there to see and hear things they could never experience in person, like a tricked-out Mustang being crushed directly in front of them or a car making an impossible jump.

“The director wanted me to keep the eyes of the audience on the screen,” Brown says. “So this sound is largely right in front of you, because your perspective is that of someone watching it all happen, watching it all unfold right there.”