Oscars 2013: Will Reality-Based Films Take Over the Best Picture Race? 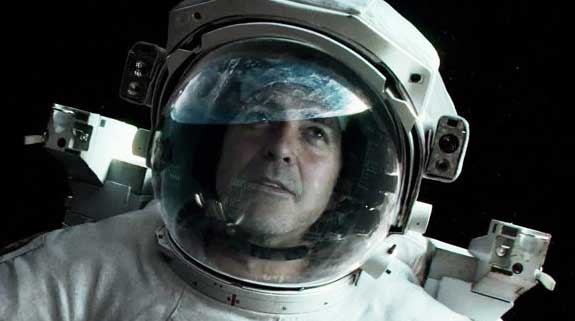 A lot of folks are preparing movies to be launched in the next six months, convinced that their films have strong Oscar potential. In many cases, these dreams are sweet delusions. So the word “reality” doesn’t usually enter the kudos conversation.

But that’s the key word this year: Pics based on real-life events constitute a whopping one-third of Academy Award hopefuls that will open in the second half of the year. Those 17 films are more than double the number of fact-based pics from last year.

The volume may seem surprising, until you realize that such pics have been Oscar fodder since the 1929 “Disraeli” and gained recent momentum thanks to titles like “The King’s Speech” and “Argo.” And with film development increasingly a headache, real events are appealing because they have a built-in story arc.

Other reasons for excitement: The next six months offer works from Alexander Payne, the Coen brothers, Martin Scorsese, Paul Greengrass and Spike Jonze. And a lot of past Oscar winners (Meryl Streep, Kate Winslet, Christian Bale) are represented.

But a word of caution. All these yet-to-open films look good on paper, but so did “Pay it Forward,” “Angela’s Ashes” and “The Shipping News.”

On July 1, the year reached the halfway mark, but kudos possibilities from the first half are slim, aside from a few like “A Place Beyond the Pines” (Focus) and “42” (Warner Bros.). And don’t forget WB’s “The Great Gatsby,” an Oscar front-runner (oh, calm down, I’m talking about design categories) and “Much Ado About Nothing” (Lionsgate/Roadside).

And in the first half of the year, major festivals offered premieres of hot possibilities that will open in the next six months.

The 40-plus upcoming live-action pics fall into four general categories.

Kasi Lemmons’ “Black Nativity” (Searchlight, Nov. 27, based on play by Langston Hughes) means that, along with “Butler,” “12 Years” and “Fruitvale Station” (the Weinstein Co.) from Ryan Coogler, there are a bunch of kudos contenders that center around the black experience — from black filmmakers! Whatta concept!

Film companies are banking on many films based on awards pedigrees. This month brings Woody Allen’s “Blue Jasmine” (Sony Pictures Classics); “Prisoners,” in September, from WB-Alcon, directed by Denis Villeneuve (“Incendies”) and starring Hugh Jackman (who BTW, I still think deserved the Oscar for “Les Mis,” no offense to DDL); and “Gravity,” from Alfonso Cuaron (WB, October).

There is a quartet for November: Ridley Scott’s “The Counselor” (Fox) scripted by Cormac McCarthy; John Wells’ “August: Osage County” (TWC); Scott Cooper’s “Out of the Furnace” (Relativity); and Jonze’s “Her” (WB).

The 2012 Cannes gave us this summer’s “The Hunt,” with a socko perf by Mads Mikkelsen (Magnolia). The 2013 Cannes had the Coens’ “Inside Llewyn Davis” (CBS Films), Payne’s “Nebraska” (Paramount), Asghar Farhadi’s “The Past” (Sony Classics), James Gray’s “The Immigrant” (TWC), and the Robert Redford starrer “All Is Lost” (Lionsgate/Roadside Attractions).

And, of course, Palme d’Or winner “Blue Is the Warmest Color” (IFC, fourth quarter), which will undoubtedly stir up talk for its hotsy sex scenes.

In January, Sundance had “Mud” (Lionsgate/Roadside Attractions) and “Before Midnight” (SPC) which have opened, and the imminent “Fruitvale Station,” “Prince Avalanche” (Magnolia) and “Kill Your Darlings” with Daniel Radcliffe (SPC).

Berlin offered Chile’s “Gloria,” which gained admirers especially for Paulina Garcia’s perf (Roadside Attractions). SXSW premiered Destin Cretton’s “Short Term 12” (Cinedigm); the L.A. Film Fest offered the Saudi “Wadjda” (Sony Classics).
Many of these seem like fodder for Indie Spirit Awards and critics groups. As for Oscar, who knows? However, last year, “Beasts of the Southern Wild” seemed like an extreme dark horse, and that wound up with four key Oscar noms.

The January-June period also witnessed first-class craft work for “Iron Man 3,” “Man of Steel,” “Oz, the Great and Powerful,” “World War Z,” “Star Trek Into Darkness” and even “Jack the Giant Slayer” (and kudos to the perfs of Zachary Quinto in “Trek” and Stanley Tucci in “Jack”).

FYI, I’m emphasizing directors’ names as a way to ID the films, not to diminish the contributions (or kudos chances) of others involved.

And, for the record: Rudin’s trio are “Captain Phillips,” “Llewyn” and “Frances Ha”; Ellison has “American Hustle,” “Her,” “Foxcatcher” and “The Grandmaster”; Cumberbatch has “Hobbit,” “Osage,” “Fifth Estate” and “12 Years” in addition to “Trek.”

And we will tackle docus, toons, and foreign-language later.

Meanwhile, Oscars will be held March 2. So go take a nap. You have to save your strength for the next eight months.