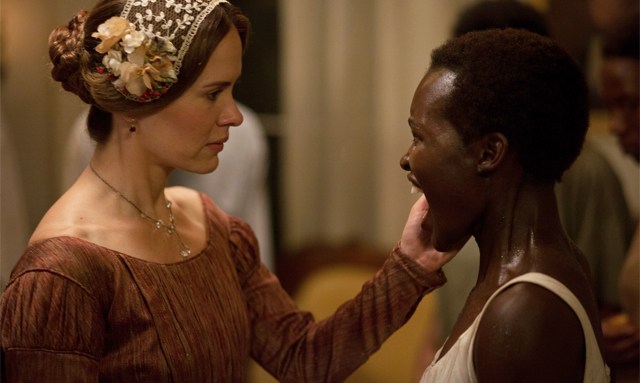 Nearly a decade after “The Lord of the Rings: The Return of the King” pulled off one of the biggest Oscar-night sweeps of all time, it seems almost unthinkable that it could have played out any other way. But in the days leading up to that year’s ceremony, there were whispers around town that Peter Jackson’s trilogy-capping epic couldn’t possibly win best picture, because it was (gasp!) a fantasy film — a genre the Academy had never once seen fit to honor in its 75-year existence.

Fortunately, rules are made to be broken, and 10 years on from that milestone, the Academy’s alleged prejudice against fantasy/sci-fi movies, suspense thrillers and other strands of popular storytelling seems largely a thing of the past. That’s potentially good news for some of this year’s popular prestige entries, including pictures as different as “Prisoners,” “Lone Survivor,” “Captain Phillips” and “Rush” — all of which deliver the requisite satisfactions of genre filmmaking while playing with those conventions in thoughtful, even radical ways.

Some genres fare better than others, of course. No work of fantasy or science fiction has repeated “Return of the King’s” victory, and it seems doubtful at this stage that Jackson’s upcoming “The Hobbit: The Desolation of Smaug” will be the one to re-break the mold. Superhero movies, however ubiquitous in the culture, have failed to make the cut; when Christopher Nolan’s “The Dark Knight” was overlooked for a best picture nomination, the outcry was so fierce the Academy expanded its top category to 10 nominees, clearly with an eye toward allowing quality blockbusters a place at the table.

Pure thrillers, by contrast, have enjoyed considerable favor in recent years. Martin Scorsese’s “The Departed” (2006) was the bloodiest, most action-driven choice for best picture since 1991’s “The Silence of the Lambs,” and it was followed by the Coen brothers’ even darker but more rarefied “No Country for Old Men.” These two back-to-back winners signaled, excitingly, that voters were more than willing to embrace cynical visions and disturbing subject matter, provided there was a gifted director at the helm and a few weighty themes percolating beneath the pulp.

“Prisoners” rests squarely in that tradition, turning the story of two young girls who go missing in a small town into a brooding essay on the human capacity for evil. In its juxtaposition of domestic turmoil and vigilante justice, Denis Villeneuve’s film in some ways recalls such best picture nominees as “In the Bedroom” and “Mystic River,.” while its combo of serial-killer thriller tropes and methodical, detail-by-detail pacing has drawn comparisons with two seminal David Fincher thrillers: “Seven” and “Zodiac.”

For Villeneuve, the film’s blend of twist-and-turn storytelling and challenging moral inquiry is rooted in Aaron Guzikowski’s original screenplay.

“Aaron did a fantastic job with suspense, but “I was attracted to the (Aaron Guzikowski) script because those characters were struggling with inner moral conflicts,” the director //Villeneuve// says, although he notes it was difficult to take on such tough-minded material so soon after his previous film, “Incendies.” “I wasn’t sure I wanted to go into that darkness again. To make a movie with such dark subject matter, it takes energy out of you.”

On the lighter end of the spectrum is “Rush,” Ron Howard’s invigorating drama about the rivalry between Formula One legends James Hunt and Niki Lauda. The canon of racing movies is a small one, and not one of which the Academy has been overly fond, though “Rush” is hardly a movie exclusively for gear heads: Screenwriter Peter Morgan treats each major racing setpiece as an extension of the characters’ hostile dynamic, setting up not just a rivalry between two men but a formal dialectic between two larger-than-life world views.

“Not only did (Morgan) embody the basic truths of their lives, but he narratively shaped it,” Howard says. “He looked at the truth, understood the characters and designed a structure that allowed the movie to build, engross and entertain.”

Tellingly, the character/dialogue-driven scenes that make up the bulk of the picture were no less kinetically lensed (by Anthony Dod Mantle) than the scenes on the track, producing a near-continual sense of momentum even in the absence of any driving.

“(Mantle) really likes to understand what the characters are going through and what the scene conveys,” Howard says. Sometimes it’s lighting, composition or camera movement. It’s very purposeful, but he’s giving the illusion of spontaneity.”Two other films that reveal character through action this season are Paul Greengrass’ “Captain Phillips” and Peter Berg’s “Lone Survivor,” both of which center around harrowing rescue missions dramatized with handheld camerawork and breathless editing. They also share a remarkable sense of attenuation, drawing out the tension of a hostage crisis and the brutality of combat, respectively, to near-unbearable levels.

“The film’s gunfight is almost an hour long,” Berg says. “There are moments when it’s calm, quiet, slow and precise, also moments when it’s dynamic, disorienting, chaotic//, says Berg.// We had to create it like a piece of music, with different builds, drops and climaxes.”

“Lone Survivor” is also, of course, a war film — a genre that has historically done well with Academy voters, not least because it provides a morally acceptable framework

for scenes of violence that might appear gratuitous in any other context.

With any luck, we are drifting closer to an era when the distinctions between cinema and action cinema — a term that applies as much to the historically grounded brutality of “12 Years a Slave” as it does to the nonstop-harrowing space odyssey of “Gravity” — have blurred into insignificance.