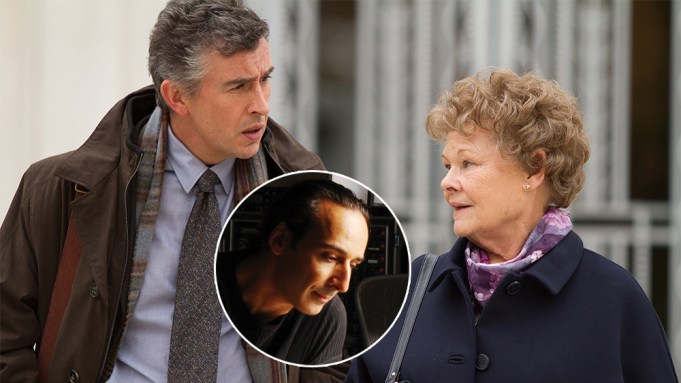 One of the most intriguing things about “12 Years a Slave” is the fact that its protagonist, Solomon Northup (Chiwetel Ejiofor), is a talented violinist. But Northup’s 1853 autobiography gives few clues to what he played, or what he heard during his nightmare decade in the antebellum South.

So director Steve McQueen asked New York composer Nicholas Britell to research the period and come up with songs that slaves might have sung and repertoire that Northup might have played. “It was an interesting historical and artistic challenge,” says Britell. “We don’t really know what the music of the 1840s sounded like.”

Britell took what few clues he could find in music libraries and, in addition to adapting some traditional 19th-century tunes (“Devil’s Dream,” “Miller’s Reel”), he himself composed the spirituals, work songs and dances that are heard in the film. “I felt a huge responsibility to make sure the music felt as true as possible,” he says.

So “My Lord Sunshine,” which is sung by slaves at the start of the film, is actually a Britell original, as are several of the spirituals (“Cotton Song,” “O Teach Me Lord,” a reconceptualization of the classic “Roll Jordan Roll”).” These were taught to the actors on the set. Britell’s violinist friend Tim Fain played the fiddle tunes that Northup is seen performing in the film.

“There are elements of church music, African rhythms, proto-blues,” Britell says. “I didn’t want it to sound like 20th-century gospel.”

Early rumors that Britell’s source music might overshadow the Hans Zimmer score appear to be unfounded: The score totals nearly 39 minutes while the Britell originals are less than 14; Britell’s songs are a possibility in the song competition, while Zimmer remains a contender for score.