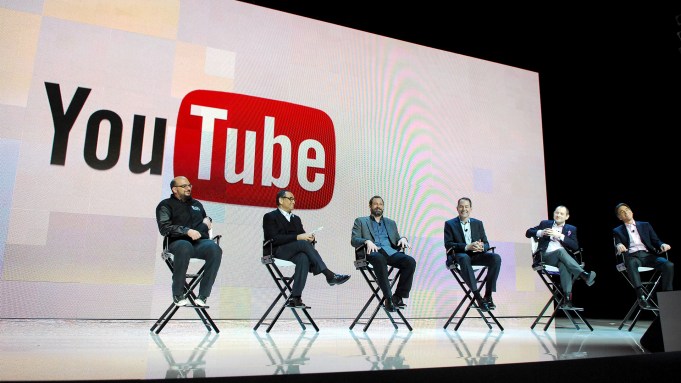 The TV world is about to get its hands on another YouTube star.

Ray William Johnson, who toplines online comedy series “=3,” signed a script deal with FX Networks, according to The Hollywood Reporter.

SEE ALSO: Could YouTube Become As Big As CBS or Viacom?

In addition to having had the most subscribed channel on YouTube for a period last year to his credit, Johnson has also made headlines for a bitter contract dispute between Maker Studios that saw him walk away from the top-rated multichannel network and set up his own production studio, Runaway Planet.

If Johnson’s project gets greenlighted for TV, it could represent yet another example of a self-made celebrity building up enough of an audience on YouTube to leverage opportunities in another medium, as best demonstrated by Lucas Cruikshank as Fred, the helium-voiced kids favorite that crossed over from YouTube to several projects at Nickelodon.

But given the growth of YouTube as a medium in its own right, the trick is to capitalize on a TV platform without losing the Internet-bred foundation that built the star up in the first place.

Ironically, “=3” has often drawn comparison to another hit cable series: Comedy Central’s “Tosh.0,” which also relies on mocking viral videos. And though the measurement comparison between Nielsen ratings and YouTube streams isn’t exactly the same thing, “=3” is popular enough to draw audience levels comparable to “Tosh.0.”