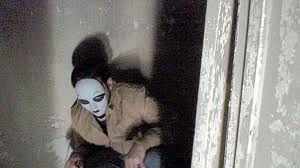 Mosaic is moving into horror films via a feature based on the web series “Marble Hornets.”

Mosaic is producing the film with Kirill Baru and John Zaozirny. James Moran, the second-unit director on the last three “Paranormal Activity” films, is set to direct from Ian Shorr’s script.

Production will begin in the spring.

Created by Troy Wagner and Joseph Delage, “Marble Hornets” has more than 250,000 subscribers on Youtube with over 55 million views and 65 episodes populated with a faceless villain, The Operator. The story originated with fictional film student Alex Kralie, who abandoned his feature project in 2006 after encountering The Operator while shooting.

Mosaic is a major player in the comedy realm with such titles as “The Other Guys” and “Bad Teacher” and management clients such as Judd Apatow, Will Ferrell, Adam McKay and Jim Carrey.