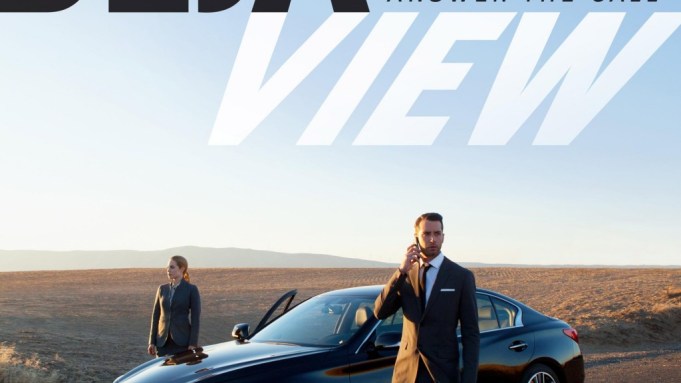 Luxury auto brand Infiniti has turned to “The Blair Witch Project” producers to create “Deja View,” an innovative new piece of branded entertainment that embraces a choose-your-own-adventure storytelling model and digital platforms, including websites and smartphones, to unfold a mystery.

In developing “Deja View,” producers wanted to create an online film that adapts to the viewer, depending on their conversations with the onscreen characters.

Campfire, the branded entertainment company founded by Mike Monello and Gregg Hale, produced the film. In addition to “The Blair Witch Project,” they produced the home technology makeover series “My Home 2.0” for Verizon’s FiOS, and worked on campaigns for HBO’s “Game of Thrones,” “True Blood” and Discovery Channel’s “Shark Week.”

Given that Infiniti is bankrolling the 20-minute film, the Japanese auto maker hopes the project will help put a spotlight on its new Q50 sports sedan, at a time when rival automakers are also rolling new models into dealerships.

Directed by Phillip Van, the film re-counts the story of a couple driving in their Q50, unsure of who and where they are and whom to trust and who they are running from or to. Viewers affect the characters’ choices and flesh out the plot by having mobile phone conversations with the characters played by Charlotte Sullivan (“Rookie Blue”) and Andrew Pastides (“Hank & Asha”).