‘Game of Thrones’ Gets ‘The Walking Dead’ Treatment from Telltale Games 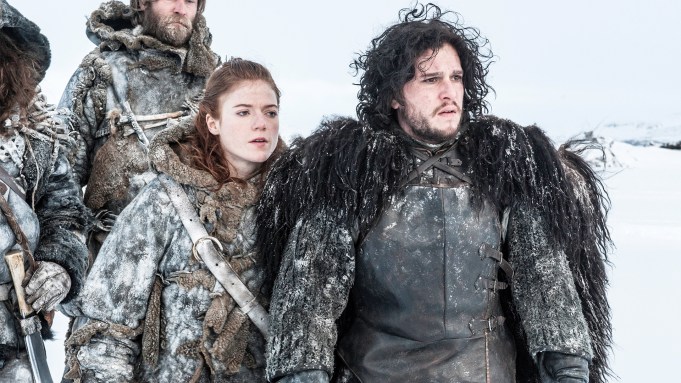 After creating an award-winning episodic game for AMC’s “The Walking Dead,” Telltale Games will next adapt HBO’s “Game of Thrones.”

The publisher plans to release the first title in 2014 as a digital release on videogame consoles, PC, Mac and mobile devices.

Multi-year licensing deal between HBO and Telltale was announced Monday and will include multiple games.

“Working with HBO to develop a new game series based on ‘Game of Thrones’ is a natural fit for our studio,” said Dan Connors, co-founder and CEO of Telltale Games. “This partnership will create an experience that will captivate the huge, global ‘Game of Thrones’ audience. It will put them in control of the epic stories of warfare, intrigue, violence and revenge that we know and love.”

HBO’s Josh Goodstadt, director of global licensing, said the game would enable the company to “bring a whole new dimension to the world of Westeros” and let players decide where they want to the story to go.

Like the series, Telltale’s game will be based on George R.R. Martin’s fantasy book series “A Song of Ice and Fire,” and revolve around seven noble families fighting for control of the Iron Throne and the Seven Kingdoms.

Telltale’s “The Walking Dead,” has won over 90 game of the year awards since it was released in 2012 and is broken up into five episodes which feature original characters set in the world of Robert Kirkman’s comicbook series after the zombie outbreak in Georgia. A second season is forthcoming. Over 1 million people have downloaded at least one episode of the game, with over 8.5 million episodes sold.