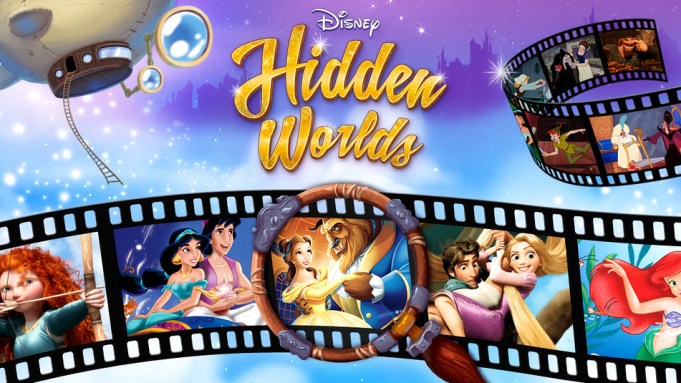 Disney Interactive has launched a companion piece to its well-received “Disney Animated” app that delves deep into the Walt Disney Animation Studios’ vault.

In the free-to-play hidden object adventure, “Disney Hidden Worlds” features an original story in which players must find crucial objects that have gone missing from the worlds of “Beauty & the Beast,” “Tangled” and “Aladdin” after a mysterious villain brings darkness and chaos to the created kingdoms.

App is the first title to launch simultaneously across Facebook, Apple’s iOS and Android platforms, and has been designed to be able to add new films and sequences over time.

In the past, Disney has found that the “hidden object genre” appeals to a traditionally non-gamer audience made up mostly of women, so it sees titles like “Disney Hidden Worlds” as a way to get that audience interested in other apps and games.