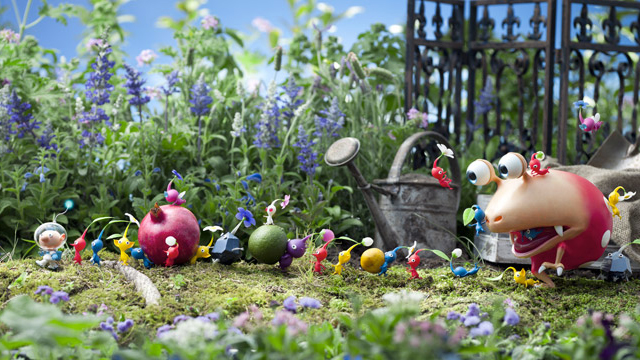 While Sony and Microsoft are positioning their consoles as all inclusive entertainment devices, at Nintendo – it’s all about the games.

The House that Mario Built focused on power franchises at an intimate pre-E3 media event, eschewing big announcements to focus on six games coming this holiday season and in 2014.

“People ask ‘What kind of magic box is going to play my game?’,” said Reggie FilsAime, president and chief operating officer of Nintendo of America. “What matters is how you feel when you play the game.”

Among the titles on the way is the long-awaited “Pikmin 3,” which developer Shigeru Miyamoto noted was now complete. (It’s due out Aug. 4.) Mario fans will get “Super Mario 3D World” this holiday season, with the HD update of “Legend of Zelda: Wind Waker” also hitting this year.

Nintendo faces still competition this holiday season from the PlayStation 4 and Xbox One and dwindling support from third party publishers. It’s hoping the strength of the characters in its portfolio will once again bring in gamers who aren’t interested in the shooters and racing games that will dominate those platforms.