Xbox One Puts on Peek Performance 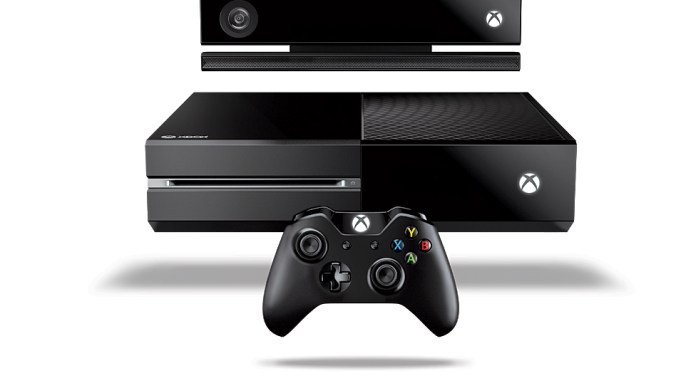 As it prepped to reveal its own next-generation videogame console, Xbox One, last week, a simple directive topped Microsoft’s to-do list: show the product.

Having hardware on hand might seem like a fairly obvious note for any marketer. But Sony and Microsoft have taken wildly different approaches toward revving up their marketing machines for the new consoles, which will compete for space in livingrooms around the world over the next decade.

In its two-hour presentation, Sony opted to focus on the software that gamers will play on PS4 when it launches this fall. The actual console was never shown–a strategy Sony seemed to reverse this week by issuing a 39-second teaser that offered an extreme closeup of the device ahead of next month’s E3 videogame confab in Los Angeles.

But Microsoft displayed the XBox One hardware so quickly into the opening minutes of its own hourlong presentation that it nearly startled the 150 or so press gathered last Tuesday inside a black tent on the Xbox campus in Redmond, Wash. The instant applause that followed seemed less directed at the design of the product itself but for the company’s decision not to operate in secrecy until E3.

By hosting the event in its backyard, Microsoft was looking to carefully manage its message around Xbox One, which replaces its eight-year-old Xbox 360 (first introduced on MTV in 2005). The company stumbled with presentations in the past. But in this case, it’s held a tight grip on what gets revealed about the console — photos of the device hadn’t leaked; not even its name got out to the blogosphere.

But Microsoft also pulled back the curtain for those who made the trip to Seattle, letting media and analysts get not only hands-on time with the Xbox One’s redesigned controllers but also see the capabilities of its new Kinect motion sensor, now updated with vastly improved software that enables it to work in smaller rooms–a major issue in the past.

Multiple Xbox One devices were on hand to scrutinize; engineers were introduced to discuss the work that went into designing the new console. The final result: a confident Microsoft eager to show off what it’s been working on over the past four years.

Not so with Sony. It held back so much information, the company will have to re-introduce its PS4 again during E3. Where Xbox brass will be able to focus on games, PlayStation’s executives will have to talk up both hardware and software to the media expected to fill the Los Angeles Memorial Sports Arena still grumbling over February’s event in New York City. Wining them over will take extra effort now.

That’s not to say Xbox is without its issues.

The Xbox One, while packed with power and impressive capabilities, is one bulky device that looks more at home in the 1980s as a VCR than in 2013 as a set top box meant to be the core player of entertainment in your livingroom. It’s not the prettiest device nor is it the ugliest. But slick is a term that can’t be used to describe its industrial design. Nor is it something you’re going to want to show off.

Sony could score points should its PS4 boast a more modern look. But even its console is going to have to be on the larger side, given that it also boasts updated, well, everything.

Nintendo’s Wii U, which launched last year, so far is the clear design winner, although the device has struggled to excite gamers and seems to be a placeholder as the company preps a replacement to catch up with its bolder rivals.

Microsoft has clearly bought itself some goodwill around the Xbox One so far. Whether it can carry the momentum through the fall is another matter.

Heading into the holidays, both Microsoft and Sony will unleash a major marketing blitz around their machines that will rival the biggest hardware launches in years. Both need their consoles to succeed, with some analysts and industry execs predicting the devices could grow the games biz by 30%, a welcome number as hardware and software sales have slowed over the past year.

Videogame publishers are waiting in the wings to capitalize on that hype, readying tentpole titles to take advantage of the console’s capabilities.

Activision Blizzard, the industry’s largest videogame publisher, is not only excited about the next-generation of consoles’ ability to offer up more photorealistic graphics, but pushing the boundaries of gaming, as well.

The new devices will “take the idea of second-screen interactivity and put it on steroids,” says Eric Hirshberg, president and CEO of Activision Publishing. “Multiplayer didn’t exist until this current generation of consoles. People spend a lot of time playing games and the act of playing a game isn’t terribly social in the way we think about social media today. That will change.”

Then there’s the push to be the central entertainment hub in the home — already Microsoft’s key selling point for the Xbox One.

“If anything, (the increased popularity of the consoles) solidify games as the anchor of that hub,” Hirshberg said. “It’s solidified games as one of the essential experiences of the livingroom.”

By bringing the traditional movie, TV and music industries together through VOD and streaming services, alongside games, “the experience will become more enjoyable and put games at the center of it all,” Hirshberg said. “The gaming community is perfect to drive this entertainment hub.”