Why Broadcast TV Lost Its Edge After ‘NYPD Blue’

Twenty years after its debut, the influence of Steven Bochco and David Milch’s landmark series can be felt far and wide - but only on cable 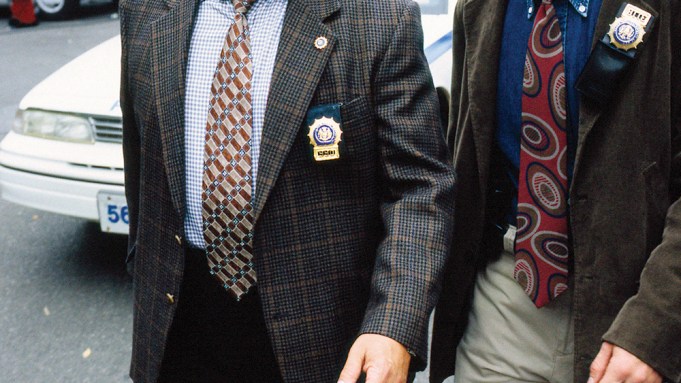 When “NYPD Blue” made its debut 20 years ago, some of the predictions were nothing short of apocalyptic. The New York Times wondered whether the boundary-pushing police drama would put network standards-and-practices execs out of business under the headline, “What’s a network TV censor to do?”

Flash forward, however, and producers Steven Bochco and David Milch’s creation didn’t revolutionize television — at least, not in the way many foresaw. And while the program’s history and success over 12 seasons merit analysis and even celebration, the real revelation is that two decades later, the groundbreaking series remains an outlier for broadcast TV — where almost nothing, even now, is bluer than “Blue.”

That’s not to say “NYPD Blue” didn’t contribute to changes in television. It did, from perceptions regarding audience tastes to the way in which advocacy groups orchestrated lobbying campaigns targeting sponsors and stations.

In many ways, though, the crystal ball pertaining to the show proved fuzzier than the carefully framed images of cast members grappling. And if the series was conceived, as Bochco recalls, to provide a broadcast response to the greater creative latitude available on cable, then just like efforts to prevent more explicit fare from becoming widely accepted, its impact didn’t play out in the way many envisioned.

“I suppose I was naive,” Bochco says. “I thought ‘NYPD Blue’ would open a door to more adult, mainstream programming.” Yet the series remains an exception, and broadcast standards didn’t appreciably change.

“It’s disappointing (that) it influenced cable more than broadcast,” Bochco adds, while deriving some satisfaction from the fact the forces that railed against the show “lost the battle, because cable television is television.”

Those closely involved with the show have clear memories about its inception, which included a protracted development process and meticulous negotiation over just how explicit the content would be. That not only resulted in a specific glossary of words that could be used, but Bochco and then-ABC Entertainment chief (and now Disney CEO) Robert Iger actually sat with a notepad drawing pictures of naked people, detailing to what extent various body angles could be shown.

Most of the key players also expressed surprise, given all the tumult unleashed at the time, regarding how far off prognostication of the show’s influence wound up being. And even the American Family Assn. — whose tactics convinced 57 ABC affiliates, roughly a quarter of the network’s station lineup, not to air the show initially — concedes the pressure ultimately failed to repel what it saw as TV’s drift toward immorality.

Bochco’s reasoning was simple: The one-hour drama business on network TV was “moribund,” as he puts it, and he felt broadcasters “had to compete more aggressively, and graphically, with cable,” which was bringing uncut movies and other racy material directly into homes.

Milch, whose writing genius in working with former detective Bill Clark gave the show much of its poetry, was quick to credit Bochco. “There was something happening, and Steven, in his profound sense of the moment, understood that,” Milch says. “It was less the particular words and the particular camera angles than a sensibility.” That notably included, he adds, the alcoholism and racism exhibited by one of the show’s protagonists, Andy Sipowicz, a role for which Dennis Franz eventually won four Emmys.

The extensive, painstaking give-and-take between ABC and Bochco delayed the program’s premiere by a season — a blessing in hindsight, most agree. Still, when affiliates finally got their first look at the series, the reaction in certain quadrants was decidedly chilly.

“We fully knew the affiliate problem would be huge,” says Ted Harbert, chairman of NBC Broadcasting, who became head of ABC Entertainment when Iger was promoted to oversee the network’s broadcast group before the show debuted. Harbert recalls after the first screening for stations in Dallas, a general manager from Kentucky approached him and said, “You understand, young man, that you have just ruined television.”

(Partners: Steven Bochco, left, and David Milch broke ground in primetime with “NYPD Blue.”.)
Enter the American Family Assn., a Tupelo, Miss.-based group led by the Rev. Donald Wildmon, which cleverly attacked the show at a network Achilles heel: local affiliates. Specifically, the AFA targeted major advertisers (car dealers, food retail chains) in individual markets, urging them not to support a station that would carry such a vulgar program.

Despite the pressure, CapCities/ABC chiefs Thomas Murphy and Daniel Burke — both staunch Catholics — backed their entertainment team, while telling them, as Bochco recalls, “If it blows up in our faces, our skirts won’t be big enough for you to hide behind.”

Yet if the AFA’s campaign dealt ABC a serious blow in terms of lost carriage and advertising, it also provided “Blue” an enviable amount of free promotion. Everyone had to tune in to see what the fuss was all about.

“Donald Wildmon made us a hit,” Bochco says. “I always thought I should send him a bottle of champagne, but that would have been unseemly.”

Tim Wildmon, who currently runs the AFA, says his father wouldn’t reject the token of appreciation. But he sounds a trifle resigned today when discussing what was and wasn’t accomplished through the group’s efforts.

“We were concerned about how far free TV was going to go with the explicitness, profanity and graphic violence,” Wildmon says. “I think we made our point at the time. Obviously, the show went on and was successful.”

Asked about the AFA’s unintended assist in promoting the series, Wildmon says, “What do you do? No, that’s who we were. That is an argument that can always be made.”

“Blue” premiered on Sept. 22, 1993, to huge ratings despite the distribution handicap. And while the program continued to experience an advertising shortfall (Harbert says ABC couldn’t fully monetize it until well into the second season), Bochco felt he was out of the woods when the audience returned for the second week.

Not that the controversy surrounding “NYPD Blue” ended there. Indeed, the series lived well beyond its network life — and continued to help define content parameters — when the Federal Communications Commission fined ABC for a sequence in which a child encountered a nude Charlotte Ross (the writers’ homage to a scene in the Oscar-winning “Kramer vs. Kramer”). After a protracted legal battle — the decision was handed down just last year — the U.S. Supreme Court decided the matter in the network’s favor.

Howard Rosenberg, the former Los Angeles Times TV critic and now a lecturer at USC, recalls finding the sex scenes gratuitous at first, before gradually coming around to greatly admire the series. Yet in terms of a wider impact, he says, “Broadcast TV has changed only around the edges in terms of candid material since the advent of ‘NYPD Blue.’ Some language, some suggestiveness, and that’s about it.”

For his part, Milch in the intervening years has stuck primarily to HBO, producing “Deadwood” and other series where curbing language isn’t a concern. “The conventions of broadcast television are fear-based, masquerading as what the public wants,” he says.

Harbert calls his experience with “NYPD Blue” “probably the most fascinating chapter of my TV life,” conceding that he’s still surprised when advertisers blithely accept language on cable networks like USA that they resist when it’s featured in programs on corporate sibling NBC.

“People are more than willing to watch edgy product,” Harbert says, “and the republic still stands. It was such a fantastic lesson, but we still have to learn it over and over again.”

“NYPD Blue’s” top 5 rated episodes all came during the show’s sophomore year in 1994-95. Jimmy Smits replaced David Caruso as co-star opposite Dennis Franz early in the season after Caruso famously balked at continuing on the show in order to pursue a movie career:

25.6m
“The Final Adjustment” (Nov. 22, 1994)
Sipowicz and Simone uncover an affair after a chiropractor’s wife is murdered.

More than 30 million viewers watched some part of the “NYPD Blue” premiere on Sept. 21, 1993. The show’s aud waned in later seasons, but fans returned for the 2005 finale: