Old contracts may be obsolete, but will the studios agree to change them? 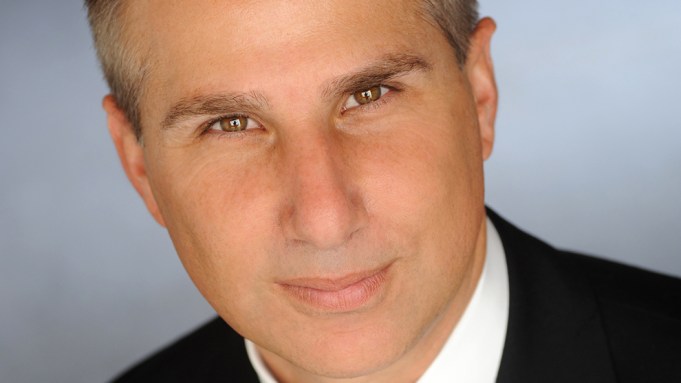 Earlier this year director Stanley Donen, the estate of Charles Bronson and several other filmmakers filed class-action suits against five studios over a practice that has long been a standard way of doing business: When it comes to divvying up backend homevideo money to profit participants, studios take it from a pot of just 20% of the returns.

The other 80%? The studio, Donen’s suit stated, “wrongfully” keeps the money. In Donen’s case, the studio was Fox.

Why would the studios withhold 80% of the kitty from profit participation? It’s a practice that dates back to the early days of homevideo, when it was written into the original contracts. At the time, the rationale was that the studios needed the money to cover the high cost of manufacturing and distributing VHS tapes.

The question now hanging over Hollywood — and the lawyers representing its players — is whether that one-fifth share will endure in the digital age.

Not only is digital distribution far cheaper than physical shipments, but many question whether it even fits into the traditional definition of homevideo. After all, digital download services such as Netflix don’t even report the number of streams for each title, so why wouldn’t those royalties be akin to a television syndication package rather than a sale off a retail shelf?

“The economics of streaming no longer even looks like homevideo; it looks like television,” says Robert M. Lange, founding partner of Kleinberg Lange Cuddy & Carlo. “When a studio licenses a show to Netflix, they are no longer getting paid per view, because Netflix doesn’t account that way. It is no different from licensing to syndication or anything else.”

Chad Fitzgerald, a partner at Kinsella, Weitzman, Iser, Kump & Aldisert, says, “On the dealmaking side this is a big issue and it’s a big issue on the litigation side as well.” He adds that pacts made many years ago don’t address today’s marketplace realities. Industry figures back that up. According to numbers from trade org Digital Entertainment Group, as DVD sales continued to fall, the bright spot in 2013 has been in digital delivery. Electronic sell-through (EST), which includes sales of downloads, grew by 49% for the nine months ended Sept. 30, and subscription streaming increased by 32%. Many are placing their bets on subscription streaming, however, which at $2.3 billion generated more than three times the revenue of EST.

Lange says some studios are treating streaming like TV, where profit participants collect from 100% of the returns from sales to Netflix and the like, but some are defining it as homevideo, where the 20% pot remains in place.

While Netflix and Amazon subscriptions may have blurred the lines between TV and homevideo, the studios can make the case that VOD, digital downloads and rental streaming are the consumer successors to a trip to the local Blockbuster.

The 20% royalty pot dates to the times of VHS, independent homevid distribution and mom-and-pop video stores. The Donen suit and other class action litigation traces it to the days before studios even had homevideo departments, and independent distributors paid them a flat 20% royalty for sales. The studios then paid profit participants based on that 20%. But when studios established their own homevid units they continued to pay based on the 20% of receipts, “as if the profits earned by these divisions were not their own and not subject to eventual disbursement to the profit participants as well,” Donen’s suit states.

Neville Johnson, representing the plaintiffs in the class action suit, said that they are substituting new plaintiffs in the case, with Donen being replaced by Mark Rydell in their case against Fox, and Hal Needham by Larry Cohen and Michael Elias in the case against Warner Bros. Also being added is the estate of Richard Pryor and his Indigo Prods. against Universal, and Elias also as a plaintiff against Paramount. But he says that the issue in the case — the 20% royalty pot — remains the same.

The studios’ rationale: The high cost of manufacturing of VHS tapes and getting them to retail shelves, plus overhead, equaled about 80% of gross sales receipts. But those costs decreased as time passed, especially with the advent of DVDs, which are easier to manufacture and lighter to transport. They have now plummeted with the shift to digital downloads.

“When it comes to iTunes and other digital downloads of film and TV content, the 80/20 royalty model is entirely outdated and confers a significant benefit on the studios,” says John Berlinski, partner in Kasowitz Benson Torres & Friedman’s Century City office. He also notes that some studios charge distribution fees of up to 50% on top of their 80% take, meaning that only pennies on the dollar are left for profit participants.

Steven Sills, partner at accounting firm Green Hasson Janks, recalls first seeing the 20% pot in an audit in 1981, and traces it to an arrangement that Fox had with Magnetic Video — the earliest major homevid distributor, which Fox later bought. He doesn’t see it changing any time soon. “It is not like you can say you are unhappy with the deal and take it down the street and make a better deal,” he says. “You are dealing with five or six primary customers. No matter where you go, you are going to get the same deal.”

Some top-level talent were able to break through in the ’90s, but only to a homevid royalty pot between 30% and 35%, Sills notes. Today, that appears even less likely, as it is even more difficult for talent to get such things as gross participation points. “I see it getting worse before it gets any better,” Sills says.

There also are other contentious issues in an era of digital delivery, such as the calculation of profit participation when a package of movies is sold to a streaming service. “You want language (in a talent contract) where the allocation has to be reasonably made in good faith,” Lange says. “You want as much language allowing you to engage in a debate about what a ‘good faith’ allocation is. You don’t want language that is solely in their discretion.”

Barbara M. Rubin, partner and chair of the entertainment department at Glaser Weil and assistant professor at Loyola Law School, offers a solution to potentially avoid profit disputes, shifting to contracts that depend not on revenue returns but on “trigger points,” or set bonuses for such events as when a TV series is sold into syndication or a renewal of a network license.

In other words, rather than rely on studio profit-participation statements that leave much of talent frustrated, such an arrangement would spell out revenue returns from the start. Before the era of vertical integration, when talent had considerable leverage, she notes, deals did offer non-refundable advances against future profits.

“I feel the frustration of everyone,” Rubin says. “The studios spend too much of their time defending their lack of profits. That in turn frustrates the talent when they have reasonable expectations that, in success, they are entitled to share in some profits. That is not what the studios want to spend their time on and auditing is not what the talent wants to spend their money on.”

She adds, “It would save a lot of headaches for the studios, and it would do the same job of providing long-term incentives to the talent.”

For now, however, there is at least some hope that the 20% royalty pot will eventually be a thing of the past.

“I think it will,” Lange says. “The argument for doing it the other way is not a very good argument. And to the extent that (studios) say we are cannibalizing homevideo revenue, we can say that they are cannibalizing television.”

Berlinski, a former senior VP and head of West Coast television litigation at NBCUniversal, says, “Studios have fought hard to toe the line, but it is difficult to imagine them indefinitely keeping talent from sharing in the significant cost savings associated with digital distribution.”

Matt Thompson, partner at Stroock & Stroock in Los Angeles, sees Netflix and other digital delivery services helping to change the equation. Netflix’s payment of fixed fees — rather than paying for numbers of streams — coupled with the near total elimination of manufacturing and delivery costs, may make accounting “more transparent.” “A number of folks have already benefited, in part by the advent of streaming and other forms of digital exploitation,” he says. “It is just going to take a while to trickle down to everyone else.”