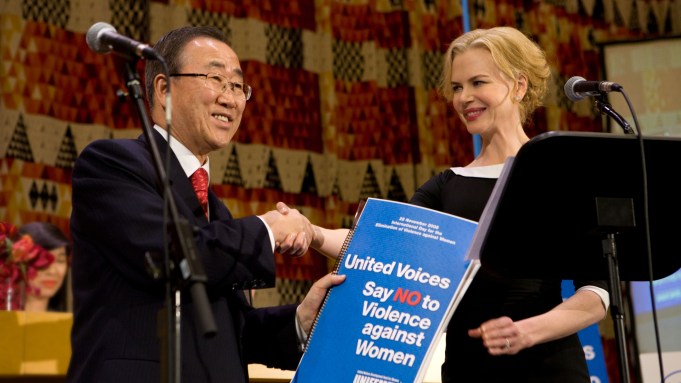 Amy Poehler first met Jane Aronson at a Glamour magazine Woman of the Year event in 2009, and it didn’t take long for the “Parks and Recreation” star and Worldwide Orphans Foundation founder to bond. “If you know me and Jane, you know we are both all about glamour,” Poehler jokes. But it was Aronson’s speech about her work improving the lives of orphans that really struck a chord. “She’s the kind of woman I like — straightforward and bossy — which is also the kind of woman you have to be to run an organization like this. That night, she asked me straight out if I would help her hold a gala.”

Since then, Poehler has been an active fundraiser and arts ambassador for the organization. Her numerous annual galas have become linchpins of the foundation’s fundraising efforts — the most recent of which, an Emmy “losers” afterparty, raised more than $30,000.

The org operates in five different countries and stresses the importance of tailoring its approach to the culture in question.

“Jane goes to a country, sees how they operate, and then tries to respect that, which is incredibly important,” Poehler notes.

“Our business is incredibly narcissistic and sometimes pretty horrible,” she says. “So a lot of people forget that giving your time and energy and money to other people makes you feel really good. And there’s nothing wrong with feeling good through helping others. It’s like a little soul exercise. And if that alone keeps you coming back, then great.”

Founded in 1997 by pediatrician Dr. Jane Aronson, the nonprofit aims to support and help integrate orphans back into their communities, and offer support through different programs (wwo.org).