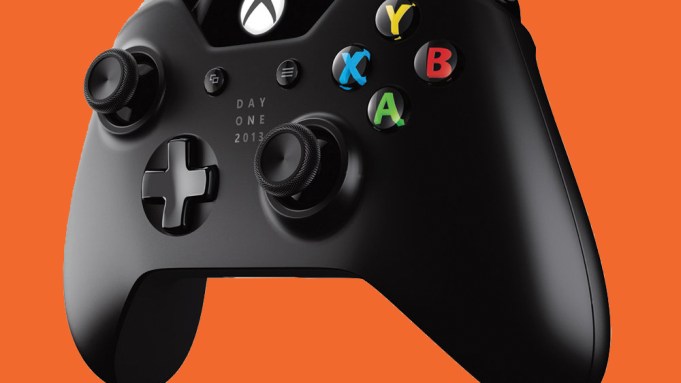 The next CEO of Microsoft will have one tough question to answer: What is Microsoft these days?

Under Steve Ballmer’s leadership over the past 13 years, the company has evolved into a confusing collection of divisions that pump out everything from a suite of Office software to the Windows operating systems that power PCs and mobile devices, data servers and cloud computing centers, while selling hardware like the Surface tablet and Xbox videogame console.

And it now sees another revenue stream in the purchase of Nokia’s smartphone business for $7.2 billion (Microsoft’s largest deal behind the purchase of Skype for $9.3 billion in 2011), making it more of a hardware company than ever before.

The two companies already had been collaborating on developing and marketing a line of smartphones together since 2011 — including the hyped and critically lauded Nokia Lumia 1020, out now — to compete with Apple and Google’s Android powered phones. Nokia accounted for 82% of all Windows Phone smartphone shipments during the second quarter, helping boost Windows Phone ahead of BlackBerry for third place with 3.7% market share.

At a time when companies like Apple, Samsung and Google have clearly established a strong emotional connection with consumers — by doing a little bit of everything, too, that is — Microsoft is turning into the next IBM, a well-respected but staid brand whose products are hard to get excited about.

The main problem has been a lack of focus on what consumers now want. And today, that’s entertainment.

Microsoft missed, if not ignored, a drastic shift in consumer behavior over the past decade. They no longer passively accept the latest devices the computer and electronics industries offer.

The not-so-secret formula to Apple’s success was turning its screens into platforms for music, movies, TV shows and games. Microsoft, a company built on the demands of the business community and productivity, missed that train.

The short attention span of today’s consumer is in constant need of distraction and the successful device makers are filling their devices with the apps that will deliver the entertainment people now demand.

While Microsoft zeroed in on the demands of the workplace, the explosion of mobile devices made working an all-day thing. Because of that, it was inevitable that entertainment would mash up with corporate America and why seeing an “Angry Birds” app alongside a PowerPoint presentation or Word document isn’t all that unusual.

Yet its attempt to catch up to Apple’s iPod resulted in sluggish sales for the Zune music player. Microsoft also was late to embrace smartphones, with sales of devices with the well-designed Windows 8 Phone software trailing those powered by Google’s Android or Apple’s iOS.

Its other brands have been playing catch-up as well. The Surface is a powerful and impressive tablet, but was late to the game and too expensive. A cheaper second generation is about to hit the market. Bing struggled for years to find its footing as a search engine against Google and Yahoo, but has finally turned the corner with redesigns and a strong branding push.

The Xbox 360, meanwhile, has been a huge hit for the company as a console not just for videogames but for all forms of media, offering more than 130 apps. The Xbox One aims to become an even more important hub for programming in the living room with the addition of live TV paired with social features.

But even Xbox’s launch message for the One has gotten a little confusing as it keeps changing the capabilities of the console to satisfy everyone from the hardcore gamer to the general consumer looking to watch “Arrested Development” on Netflix when it launches.

Microsoft has some time before Ballmer steps down next year. Specific successors have yet to emerge, but on the wish list to replace the brash six-foot-five salesman include Facebook’s Sheryl Sandberg, Netflix’s Reed Hastings, Yahoo!’s Marissa Mayer, Oracle’s Mark Hurd and Nokia’s Stephen Elop, a former Microsoft exec. Internally, there’s Kevin Turner, Microsoft’s chief operating officer over the past eight years, and Tony Bates, head of Skype, which Microsoft bought two years ago.

An exec from Hollywood may not be the answer (Yahoo stumbled with Terry Semel), but Hollywood will surely keep a close eye on who gets Microsoft’s top job.

With the digital dollars starting to add up, studios and television networks are now more eager than ever to distribute their titles onto more devices, as are companies including Netflix, Redbox, Amazon and Hulu, which have piggybacked off their content and built billion-dollar businesses.

Each screen lighting up in an individual’s palm or a family room is now seen as a major moneymaking opportunity. And if Microsoft is smart, its next lineup of products will embrace that notion or risk watching its divisions go dark.

There’s still time for Microsoft to get its mojo back.

It’s worked recently for Samsung and its phones. In her first year at Yahoo, Mayer has rejuvenated the company through acquisitions and a renewed focus on entertainment. Now HTC is looking to do the same thing with its own mobile devices, featuring Robert Downey Jr. as its pitchman in a $1 billion campaign.

That’s the fascinating thing about the electronics biz: One day Apple is on top, the next, a distant rival has the next must-have device. Good design always wins out, and a brand can go from cheap and generic to cool and innovative seemingly overnight. Phones like the Nokia Lumia 1020 could do that for Microsoft.

Yet whoever gets the Microsoft job will have to adapt to the needs of a new generation tethered to its devices, while innovating to get ahead of the game and launch the next iPod or iPad no one yet needs — but everyone wants.

Yes, Microsoft makes most of its money from products like Windows and Office that don’t rely on the entertainment industry for their success. Microsoft’s Business, Server and Tools, and Windows divisions generated 82% of the company’s sales last year.

With the Nokia purchase, Ballmer and Nokia chief Stephen Elop, a former Microsoft exec, said in a joint blog post that, “We dreamed of putting a computer on every desk, and a mobile phone in every pocket, and we’ve come a long way toward realizing those dreams.”

But it’s unavoidable that as more people buy tablets rather than replace their aging Windows-powered PCs, and turn to their smartphones more than ever, Microsoft’s new leader will have to embrace the simple notion that the company’s products power screens. And what appears on those screens is key to determining whether consumers will buy them.