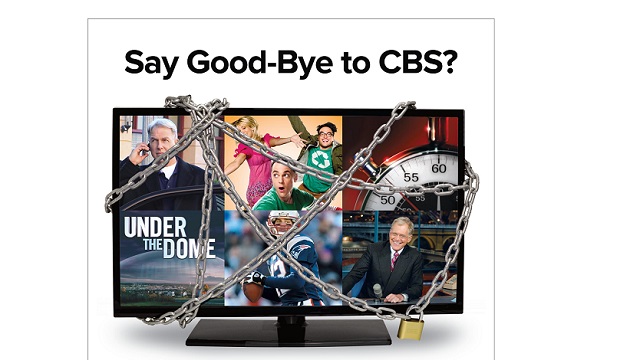 CBS starting Thursday is launching a TV ad campaign warning Time Warner Cable customers that the operator is “threatening to hold your favorite TV shows hostage and drop CBS,” after the two sides have failed to come to terms on a programming deal.

The two companies’ prior agreement from 2008 expired June 30, but they extended it temporarily while talks continued through July 24. If CBS and TWC can’t reach a deal for the Eye’s owned-and-operated local TV stations — with the three biggest WCBS-TV New York, KCBS-TV Los Angeles and KTVT-TV in Dallas-Ft. Worth — the programming could go dark on the MSO’s systems.

According to Time Warner Cable, CBS is demanding the cable company pay over 600% more than the MSO pays in other areas of the country for the same programming.

“It’s unreasonable to expect our subscribers and Time Warner Cable to pay that price and we are negotiating very hard for a reasonable price. This is not a standard debate over price increases. This is different,” Time Warner Cable said. “We’re going to continue to negotiate and hope to come to a reasonable resolution before our deadline, so that our customers don’t have to endure yet another broadcaster blackout.”

Also on the table are carriage terms for cablers including Showtime Networks and Smithsonian Channel, but according to a source familiar with the talks those deals could be done separately from the TV stations.

“Time Warner Cable is planning to drop the most popular programming in its entire channel lineup because it won’t negotiate the same sort of deal that all other cable, satellite and telco companies have struck with CBS,” the Eye said in a statement.

CBS is starting to air the TV ads on its stations in markets including New York and L.A. starting Thursday evening. In addition, the company will run newspaper ads in the coming days. The ads direct TW Cable customers to KeepCBS.com, which urges them to “tell Time Warner Cable that you don’t want to lose CBS” through a submission form or toll-free  number.

According to CBS, the network has never been dropped by a cable operator. The company said it has successfully reached deals with every other major distributor, including Comcast, Cablevision, Charter, DirecTV, AT&T and Verizon.

Time Warner Cable claimed that pay TV customers have been affected by “84 broadcaster blackouts in the past 18 months.”

CBS, for its part, alleged that Time Warner Cable has dropped nearly 50 channels in five years during fee disputes with stations including ABC, Fox and NBC affiliates.

Nationwide, Time Warner Cable had 11.9 million video customers at the end of March. It’s the fourth-biggest pay TV provider in the U.S. after Comcast, DirecTV and Dish Network.