Piracy, the collapse of traditional windows and the fall of the DVD have made it tougher even for the majors to score big dollars in the big territories 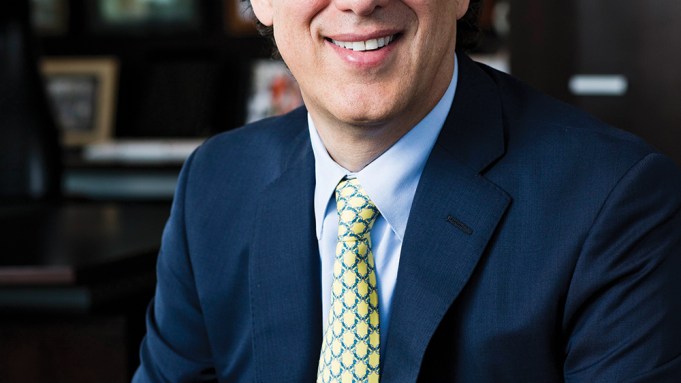 When DreamWorks Studios decided to start pre-selling international territories one year ago, some observers took it as a sign that its main financier, India’s Reliance Entertainment, was scaling back. DreamWorks insisted the strategy just helped the studio make better use of the money it had. A year later, one thing is for sure: Even companies with pedigree, equity and studio distribution need to hedge their bets.

“People used to be walking a tightrope when they acquired a movie, (but) with the knowledge that there was a safety net underneath them,” says David Garrett of London-based Mister Smith Entertainment, which is handling DreamWorks’ presales in Europe, the Middle East and Africa. “Now it’s a bit like walking a tightrope knowing that if you fall off the tightrope, you die. … That makes the whole business much more precarious than it used to be.”

DreamWorks is backed by Reliance’s $550 million equity investment in the company, committed back in 2008. When the studio inked its presales deal with Mister Smith last year, it effectively gave away the upside in certain markets in exchange for covering more than half the negative cost per film, according to an insider.

And while some might say that you don’t give away the upside unless you have to, others would argue that today’s financial climate requires a prudent approach to spending the money you already have.

According to DreamWorks prexy Jeff Small, it’s not smart to fully commit all financial resources at once without some hedging. “There is an optimal amount of movies that the company can make,” he says. “If you take any kind of financing and (you go ahead and make 10 pictures just) because you have the money, that’s really short-sighted.”

DreamWorks, according to Small, aims to make four to six films per year under its new strategy — about the same, on average, as what it was producing before. So far, the company has two films slated for release in 2014: “Need for Speed” and “The Hundred-Foot Journey.” Small adds that the company is likely to put two additional pictures into production for next year.

“I think that every company in every business in every industry wants to find ways to use their capital efficiently and to stretch it out as far as possible,” Small says. “It helps (DreamWorks toppers) Steven (Spielberg) and Stacey (Snider) have more flexibility to make what they want to make.”

Garrett, a co-founder and former president of Summit Intl., believes that effective use of capital is necessary even for companies that churn out hits. Summit sold international rights to juggernaut “Twilight,” but kept North American. That liberated more cash for the company to invest elsewhere.

“If we had put ‘Twilight’ through a studio worldwide, we would have been an awful lot richer, but we would have never got all our other films made. We wouldn’t have gotten the third ‘Twilight’ made without the other independents supporting it,” says Garrett, referring to Summit’s distribution partners. “There’s synergy there.”

Pre-selling certain international territories can also help hedge against regional instability in a way that doesn’t happen with a studio distribution deal. If a film earns $1 million in South Korea, for instance, but loses money for distributors in France, the losses in Gaul don’t cancel out the surplus.

“You still get to keep that million dollars in Korea,” Garrett says. “If you’re working with a studio, effectively all the losses and expenditures cross, (and) you’re less likely to see anything.”
The usual arguments against pre-sales persist, but they’re weakening.

One big advantage to working with a studio worldwide is that the majors are more inclined to spend on P&A, and they can generally drive better deals in ancillary markets such as television. But even here, piracy, the collapse of traditional windows and the fall of the DVD have made it tougher even for the majors to score big dollars in the big territories.

For example, the studios used to have output deals that capped at 30 films with a base price of $1 million to $1.5 million per pic, but that’s often no longer the case. “You’ll probably find that even though the studios still have output deals in the major territories for free and pay TV … in some cases you’ll probably find that it’s for far fewer films and for far less money,” Garrett says.

That’s led studios to become much more discerning about what product they acquire. Producers can’t rely on ancillary revenues to prop up marginal material anymore, despite growth in some international TV markets.

“Film basically doesn’t have the same currency it used to have in television,” Garrett says. Library titles, for instance, only go so far if they’ve already been exploited digitally or pirated heavily.
“If you talk to most people about why they would subscribe to pay TV services, they would probably say for the sport or the original programming,” he adds. “You can get libraries of movies all sorts of ways. Anyone who’s really wanted to see that movie has probably seen it, whether legitimately or not.”